How can you marry environment and development? Over the past two years, governments and businesses have begun to trumpet ‘green growth’ as one way of boosting economic growth without compromising environmental sustainability.

The most active players are the ‘big’ ones — the OECD recently launched its Green Growth Strategy; aid agencies are talking about how to support green growth in poor countries; and academic and business leaders have established a green growth council, a leadership forum, and a global institute.

But this does not mean that Southern groups and ‘small’ players have nothing to say on the matter. Indeed, the ongoing series of national dialogues in developing countries, facilitated by the Green Economy Coalition, which is housed at IIED, reveals that some of the most interesting thinking about changing the purpose and quality of growth is now coming from the global South.

Looking at the range of analysis, discussion and controversial debate among different players across different regions, there appear to be three — often complementary — broad approaches to green growth.

The 2008 post-financial crisis kick-started much of the OECD work on green growth. The thinking has been: we must invest in tackling climate change, but it’ll be expensive, so we must show that climate-related investment can also boost growth and pull us out of recession.

The main vehicles for this approach to green growth have been stimulus packages for high- and middle-income countries — packages that encourage big corporate players to invest and act, with a focus on hi-tech, low-carbon projects.

These strategies have not been in operation long enough to accurately assess their impact. But proponents emphasise traditional growth benefits — higher incomes and GDP, more jobs – rather than real change in the quality of growth. The problem is that these impacts may be short-lived; for example, jobs created to install green infrastructure risk being lost once installation is complete.

• Potentials: Stimulating growth through green technology and investments can provide the financing, innovation platform and political attention to begin the process of transforming economies.
• Problems: This approach does not address the structural, macroeconomic problems that mean overall growth trajectories are far from ‘green’. It ignores the societal and political innovations that are needed to get the economy we want, leaving social and environmental objectives to be achieved by ‘trickle-down’. Current inefficiencies in distribution also mean that you need more growth in income than necessary to achieve the benefits you’re looking for. Neither is this approach particularly beneficial to the poorest nations, where high costs and high-tech packages are often unsuitable.

2. Alleviating the environmental and social problems of growth through green policies, regulations and standards

This approach has been going for some years. Its incremental development in many countries and sectors is driven by particular environmental scarcities and reputation problems, such as the recent desire to reduce carbon emissions.

As with 1) above, it is the formal sector which drives change. This is done largely through regulations — integrating climate and environment into policies, plans and budgets — but increasingly also through market governance mechanisms, including standards, certification and labelling.

This focus changes the quality of growth at the margins — ‘do no harm’ initiatives dominate. Although they can influence institutions’ behaviour, there is little evidence of their substantially changing the purpose and business plans of a majority.

• Potentials: These strategies can certainly ‘clean up’ some of the problems of traditional growth. They are politically viable and practicable, building on experience and taking a step-by-step approach. The focus on green policies, regulations and standards could potentially be refined enough to shape the necessary enabling conditions for marrying environment and development.
• Problems: These strategies attempt to ‘mainstream’ environmental checks and balances into the economic system without changing its structure, or tackling problems of inequity. They also tend to focus on environmental problems, rather than opportunities. And they can also be incoherent (if voluntary and regulatory measures do not match), or simply ignored (especially if not implemented with 1) above).

3. Transforming growth towards wellbeing, equity and ecological limits by redefining the purpose of growth and participation in it

This approach — the vision of those who see the ‘American dream’ as not delivering — admits growth of the physical economy in some places, but only where it is needed for wellbeing and where it can fit within all nine ‘planetary boundaries’ (rather than just that of climate change).

Largely adopted by academics and nongovernmental organisations, with considerable ‘no-growth’ and ‘de-growth’ discussion in some industrialised countries (rather more than is palatable to developing countries), this approach aims to reshape both the purpose of the economy and who plays a role in building it. It promotes both human and ecosystem wellbeing, recognising minimum acceptable thresholds for both, and a more efficient distribution of costs and benefits. There is some discussion about building green economies from the bottom up, actively including not only big companies and banks but also poor groups and benefitting from the innovation and resilience of some informal sectors.

The main vehicles suggested for this approach are: growth measures and targets beyond GDP; wealth accounting and valuation; business models with sustainable development at their heart; and technological leaps forward. Ethical debate is also an important component.

• Potentials: This approach gets to the heart of structural problems and raises debate on the transformations that are needed to benefit both people and planet.
• Problems: Efforts to redefine growth do risk appearing ‘anti-growth’, which could put people off. Without platforms of innovation (that can be spurred by 1), and the behaviour nudges of 2), this approach might remain a dream. More work is certainly needed to get the macroeconomics right; economic policy needs to be structured to deliver social and environmental benefits almost with each ‘unit of economic output’.

Discussion and action on green growth is too divided, usually confined to just one of these three approaches. It is not surprising that what ‘green growth’ means exactly remains neither clear, nor agreed in full. But it’s on the agenda for next year’s Earth Summit in Rio (Rio+20) and so it is high time that countries explored the potentials and prerequisites from several angles. The Green Economy Coalition’s approach to dialogue is a good way to start. 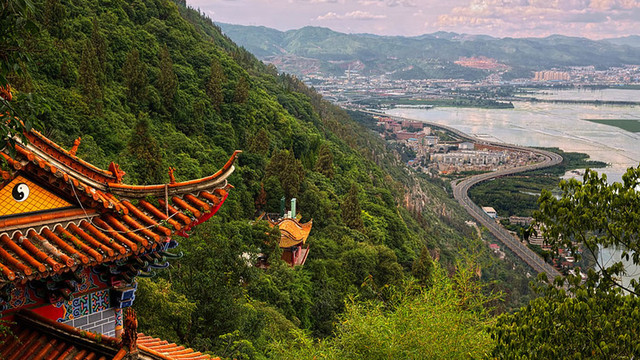 China, ecological civilisation, and green economy vision: 2021 and beyond