Cities account for 75% of today’s carbon emissions, and meeting global emission goals will require collaboration and city leadership. At the same time, cities are deeply affected by the current climate crisis. Extreme heat events, water stress, deterioration of natural assets and air pollution are having severe negative impacts on health and quality of life in cities, and they are also putting severe stress on cities’ infrastructure.

There are no quick fixes for solving these challenges. The invention of alternative construction techniques or the implementation of public transport systems are steps in the right direction, but if they are designed as siloed technocratic processes that are implemented in a top-down manner, they will fail to create lasting change, and they will not reach major parts of the city’s population.

“Urban transformation processes need to go beyond individual technological approaches, and they must focus on building support by improving quality of life and equity. A new understanding of sustainable change is needed, which links improving quality of life to reducing carbon emissions,” said Dr. Simone Sandholz, senior scientist at United Nations University – Institute for Environment and Human Security (UNU-EHS). “Such transformations require holistic approaches and buy-in from diverse stakeholders and citizens.”

This is the goal of the new 'Transformative Urban Coalitions' project, funded by the German Federal Ministry for Environment, Nature Conservation and Nuclear Safety under its International Climate Initiative (IKI). The project seeks to change structures and values by working with local stakeholders to shift mindsets of urban citizens and decision-makers, and by building new urban coalitions to implement strategies that lead to socially inclusive zero-carbon cities.

This is easier said than done, especially in cities with high levels of informality, resulting in informal settlements and insufficient data for urban planning, as well as large social and economic disparities between different societal groups. This is the case in many cities in Latin America, a highly urbanised continent where around 80% of the population is already urban. Latin American cities have recently led urban development with some radically new approaches.

Curitiba in Brazil, for example, introduced participatory budgeting, the direct co-determination over city budgets with the engagement of citizens, and Bogotá in Colombia became a frontrunner for public urban transport strategies and access to the city. These cities have shown how much change relies on new ways of working together, of involving new and more actors in planning and decision-making and on incorporating local knowledge.

And ultimately, they have proven that it is necessary to dare thinking about drastically different futures. “There is an opportunity for us to work with informal communities, local governments and city stakeholders to co-produce interventions that lead to greener, more inclusive cities,” says Anna Walnycki, senior researcher in IIED's Human Settlements research group.

But while some Latin American cities have become global synonyms for urban sustainability movements, change has not caught on widely and the approaches too often remain isolated geographically and thematically. Dr. Christian von Haldenwang, a senior researcher at the German Development Institute/Deutsches Institut für Entwicklungspolitik (DIE) identifies cities as important spaces, capable of becoming key to global efforts towards sustainability and stresses the importance of developing a joint action.

He says: “One factor will decide the success or failure of our global transformation towards sustainability: not finance, not innovation, not technological progress; it is our capacity to agree on joint action and to mobilise our resources behind a common goal. And cities are the places where such action needs to come about.”

Challenges to broader uptakes of these urban transformation initiatives are many and profound. Residents of mass-produced social housing estates that are common in many suburban areas of Latin America will understandably not cite sustainability as a top priority, and the government’s goal is to offer a home to as many people as possible, so quantity often takes precedence over quality, and environmental or climate considerations rarely play a role, which is further fuelling carbon emissions.

The segregation of different societal layers can lead to the privatisation of public spaces and restricted access for lower-income groups. Economically disadvantaged and socially marginalised groups are often pushed into poorly connected neighbourhoods located outside of the city centre as they are often less in the focus of urban planners.

Economically advantaged groups, on the other hand, are often prioritised in urban planning processes, where the focus is on meeting their preferences of a resource-intensive lifestyle with a big carbon footprint, for example with easy access to private transportation and intensive electricity usage for cooling.

Cities do however also offer many opportunities for decarbonisation in a socially just way. Building or retro-fitting buildings according to stricter environmental and climate standards can significantly curb emissions, and the use of less expensive and at the same time more climate-friendly building materials is also feasible for lower income groups.

Rebuilding abandoned inner cities or former urban industrial sites can be more than an investor model for upper-class housing, but instead also include social and environmental perks, such as public inner-city green spaces and bike lanes, and other forms of housing. Transforming urban transport system offers opportunities beyond transport: lanes for cars and parking areas can be converted and support the creation of inclusive and less polluted neighbourhoods that offer a higher quality of life.

To build more sustainable futures, cities need to reconfigure their deeper social, technological and political systems that are currently reinforcing high-carbon, resource-intensive urbanisation. Such a process requires holistic visions for desirable urban futures for any actor involved, from urban inhabitants to city government and investors. Decarbonisation, social justice and quality of life must be interwoven and at the centre of urban transformation and this is the starting point for this project.

UNU-EHS, World Resources Institute, IIED and DIE will work closely with local partners to establish new models of coalition-building and governance through these urban labs.

This process will be enhanced by transformative research, tailored communication strategies and capacity-building activities. The project will also utilise film and art to inspire new narratives of attractive urban futures and shift mindsets towards sustainability. Finally, models of coalition building and governance will be scaled up to other cities and countries, ultimately to influence global agendas for sustainability transformations. 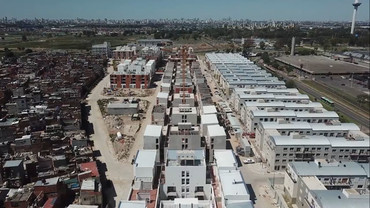 IIED and partners are developing, testing and disseminating a scalable approach for achieving key shifts in urban development to put cities on a path to achieving climate justice by 2050 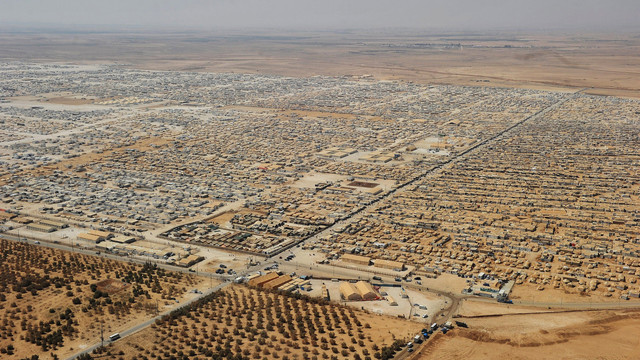