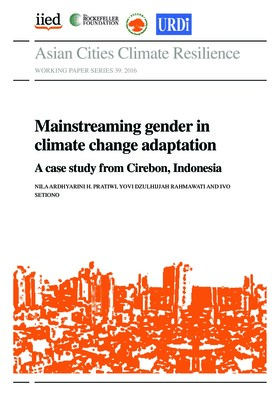 Climate change is not only affecting geophysical systems through events such as floods, droughts, and sea level rise, but also human systems, including livelihoods, health, economies, and cultures. In Indonesia, climate change greatly affects many aspects of the economy, society, and environment. Cirebon is a coastal area in West Java Province that is particularly vulnerable to sea level rise, coastal flooding and long-term drought.

It is generally acknowledged that women are more vulnerable to the impacts of climate change than men. Accordingly, a gender analysis in the context of climate change impact is required to describe the variations in gender conditions and socio-economic aspects by investigating women’s education and literacy, livelihoods, access to and control over resources, health, mobility, status in female-headed households, and their roles in decision making. In order to increase further understanding of this issue, gender mainstreaming in climate change adaptation policy and programme is therefore critical. 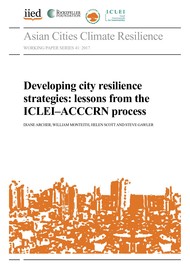 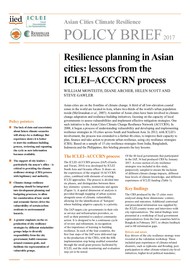 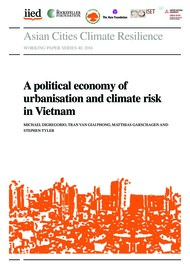 A political economy of urbanisation and climate risk in Vietnam 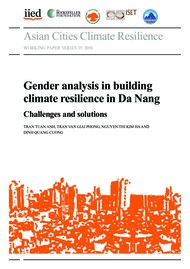 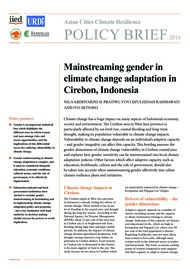 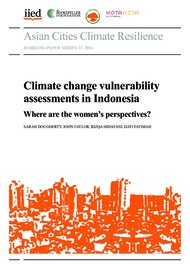