Will publication of the latest GOLD report on global urban equality drive a call for transformative action and real change?

Is this going to be just another thick global report sitting on someone's shelf? A publication that ends up gathering dust rather than making real changes? Can a global report be a means for transformation?

These were the kind of questions that we, and colleagues working on the Knowledge and Action for Urban Equality (KNOW) programme and the United Cities and Local Government (UCLG) research team, shared when we first considered joining forces to produce the sixth edition of UCLG’s triannual GOLD (Global Observatory on Local Democracy and Decentralization) report.

When UCLG – the largest global network of local and regional governments – decided to focus their next flagship report on inequality, we saw it as a unique opportunity to communicate the approaches, concepts and findings of the KNOW programme. We recognised its potential to facilitate real transformation by engaging with those at the frontline of urban inequalities.

IIED has a highly respected track record of work in this area, engaging directly with UCLG through its work on housing and the previous GOLD III report – mainly through the extensive work of senior associate David Satterthwaite – and by its understanding of how dialogues can have transformational effects.

Three years on from the initial conversations, we are launching what will probably be the most significant publication ever to outline the role of local and regional governments in addressing inequalities – the GOLD VI report, 'Pathways to urban and territorial equality: addressing inequalities through local transformation strategies'. It was launched during this week's UCLG World Summit and Congress, in South Korea.

During the congress, we are discussing the key findings and next steps with UCLG colleagues, mayors, civil society networks and academics. And as this work draws to a close with the publication of the report, we look back and ask: what role will this report play in shifting political power in ways that advance human rights and disrupt the trends that have been reproducing discrimination, exclusion and injustices in cities?

The honest answer? We don’t know yet. But there are some things that we do know, so we can reflect on our approach to the report’s process and the key factors that made our commitment to embark on this journey worthwhile.

Building an equality agenda requires asking difficult questions about how to mobilise knowledge in more equitable ways. In terms of process, we used a strategy for the report’s production based on principles of knowledge coproduction.

Our aim was to use the report-making process as a way of strengthening bonds and alliances between civil society networks, academics and the UCLG members. Early on, we decided to build the report’s narrative and arguments based on these conversations. In this way it became a truly collaborative and political process, rather than a purely technical exercise that relies on a single and limited conception of ‘expertise’.

We invited academics who we believed would enjoy this way of working to become chapter ‘curators’ rather than ‘authors’, to capture a multitude of voices, experiences and knowledge. This was channelled through almost 90 contributions from civil society and local government networks, and academics. The themes were the result of conversations about what key messages and experiences should be included.

We then organised several online meetings where contributors presented to chapter curators, who in turn presented how they were incorporating the inputs. These conversations were not purely about the accuracy of representation, but about the underpinning messages the chapters were conveying, and about how curators were capturing grounded political ambitions and messages into a single narrative. All these contributions are now available in the form of working papers and a case repository, alongside the full report.

Of course, we experienced differences of opinion during the process, so expectations had to be managed, and safe spaces were sometimes needed to address power imbalances. But it was refreshing to see agreement emerging around what needs to be done.

Given this process took place in the middle of COVID-19, synergies were stimulated by a growing public awareness of the uneven impacts of the pandemic, and the importance of local and collaborative action to respond to it. As a result, the GOLD VI process added to the growing recognition at UCLG of the role of civil society networks as partners – not only for joint advocacy campaigns – but also for generating knowledge and research.

This leads on to the question of how ‘urban and territorial equality’ is approached in the report, and how the key messages were built. Drawing on the work of Caren Levy and colleagues (PDF) about urban equality from a social justice perspective, GOLD VI calls for a multi-dimensional understanding of equality, which requires responses about governance and which move beyond sectorial silos.

In its conclusions the report identifies five cross-cutting principles:

As the process draws to its conclusion, we began to see the connections between these principles and other ongoing locally-led efforts to bring about transformative change. We see GOLD VI as part of a much wider, equality-driven, global municipalist movement. It brings together local stories of incremental and radical transformations, nurturing hope that other ways of doing things are possible.

These stories in isolation might seem like drops in the ocean, but in relation to each other, they might shape a much stronger wave towards structural change. This is probably our main takeaway – that this locally-led movement is offering a unique opportunity to re-imagine a new order of global solidarity and action. 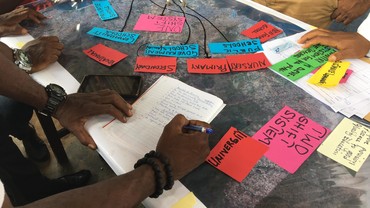 IIED is a partner in the ‘Knowledge in Action for Urban Equality’ programme, which aims to address urban inequalities through knowledge co-production, transformative research and capacity-building 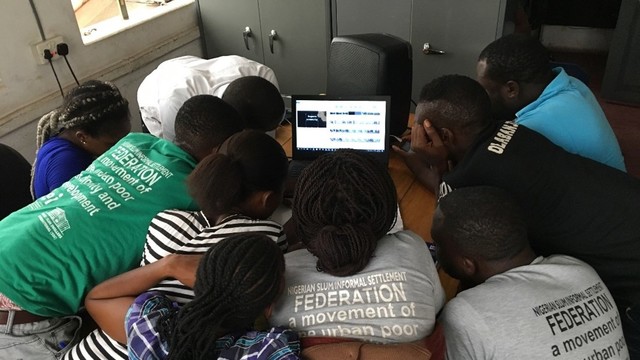