The elusive US$100bn: will COP26 reboot trust and pave the way for a more ambitious finance goal? 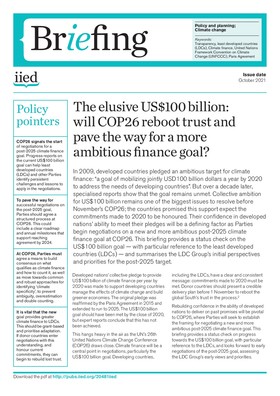 In 2009, developed countries pledged an ambitious target for climate finance: “a goal of mobilising jointly US$100 billion dollars a year by 2020 to address the needs of developing countries”. But over a decade later, specialised reports show that the goal remains unmet.

Collective ambition for $100 billion remains one of the biggest issues to resolve before November’s COP26; the countries promised this support expect the commitments made to 2020 to be honoured. Their confidence in developed nations’ ability to meet their pledges will be a defining factor as Parties begin negotiations on a new and more ambitious post-2025 climate finance goal at COP26.

This briefing provides a status check on the $100 billion goal — with particular reference to the least developed countries (LDCs) — and summarises the LDC Group’s initial perspectives and priorities for the post-2025 target. 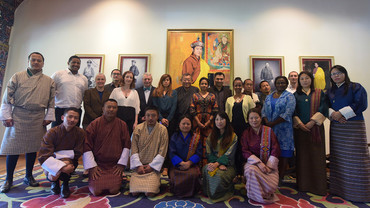 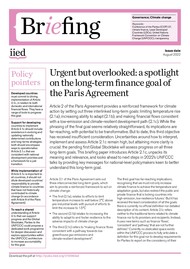 Urgent but overlooked: a spotlight on the long-term finance goal of the Paris Agreement

Meeting expectations on transparency and more: how strengthening capacity for climate reporting is benefitting Mauritania and Malawi 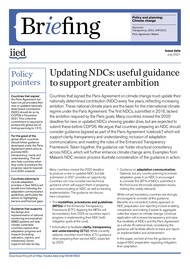 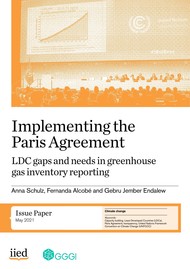