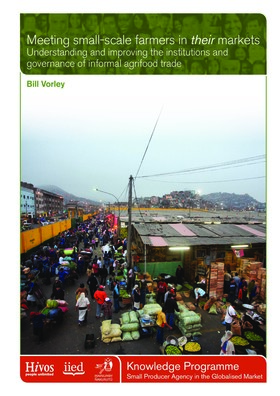 The informal sector is growing in parallel with modern formal markets. It is central to rural and urban food security, livelihood generation, and job creation. It is also where much of the produce that reaches the formal sector originates. But the tide of development policy thinking has moved, and considers informality as a public ‘bad’ – a deadweight that blocks the emergence of a modern private sector.

This report is the outcome of an expert workshop held in November 2012. Participants set out to better understand the dominant informal markets that link small-scale farmers and low-income consumers. It was organised by IIED and Hivos in association with the close of their knowledge programme Small Producer Agency in the Globalised Market. The event brought together 20 leading researchers and practitioners from around the world. The workshop participants have provided the main input to the report, both during the workshop and subsequently by commenting on a draft version. 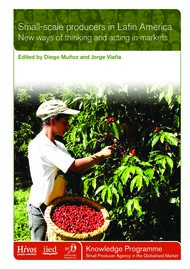 Small producers in Latin America: New ways of thinking and acting in markets

Small-scale farmers' agency in the face of globalisation and rapid rural change: outputs of a global knowledge programme 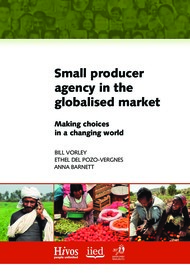 Small producer agency in the globalised market: making choices in a changing world 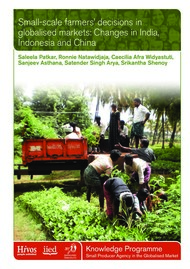 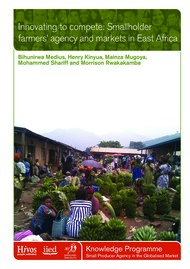 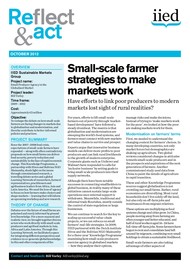