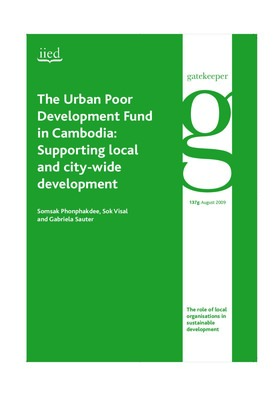 Years of destruction under the Khmer Rouge in the 1970s and political upheavals in the1980s left Cambodia in extreme political, social, economic and cultural turmoil. With the fall of the Pol Pot regime in 1979, people began to move back into Phnom Penh, and later into other urban areas. This large rural-to-urban flow resulted in very high numbers of low-income people in cities with no real sense of community, no government support for the urban poor or programmes to provide them with services, finance or housing. A coalition of poor community leaders, concerned NGOs and the Asian Coalition for Housing Rights (ACHR) began working together on an urban community movement which included savings groups to finance housing and neighbourhood improvements. This movement grew to such an extent that the Urban Poor Development Fund was established in 1998 to support it.