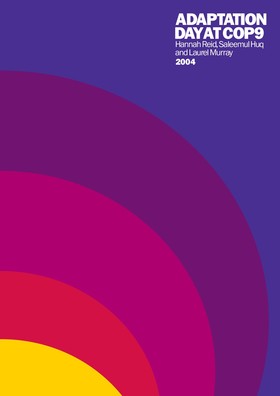 Adaptation to climate change is a growing concern, but it still receives less attention in the international policy arena than efforts to mitigate climate change. This is of particular relevance to poor countries, which contribute little to increasing atmospheric concentrations of greenhouse gases, and yet suffer disproportionately from the affects of climate change due to their location in some of the most vulnerable parts of the world and their low capacity to cope with climate change. The ninth Conference of Parties (COP9) to the United Nations Framework Convention on Climate Change (UNFCCC) was held in Milan, during December 2003. For the second year running, IIED and the RING held ‘Adaptation Day at COP’. Sessions were held on the science of adaptation, funding adaptation, adaptation in action, and the politics and negotiations of adaptation. This report summarises presentations made at Adaptation Day at COP9. It will be of interest to those who attended, but also to a wider audience curious to learn about the latest developments in the arena of adaptation to climate change.