How can farmers in sub-Saharan Africa intensify their agricultural production in an environmentally and socially sustainable way? How do they balance competing objectives – and what trade-offs do they typically make? IIED’s Barbara Adolph talks about a recent project that sought to answer these questions and deliver insights for policymakers. 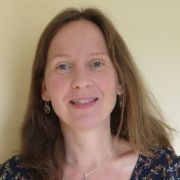 The SITAM project (Supporting smallholder farmers’ decision making: managing trade-offs and synergies for sustainable intensification) examined how farmers in sub-Saharan Africa are balancing difficult choices as they seek to increase their productivity.

IIED managed the three-and-a-half year project. Here, the project lead Barbara Adolph, principal researcher in IIED’s Natural Resources research group, talks about why the research was important and what they found out.

Q: What SITAM is all about?

BA: First of all, I should explain what sustainable agricultural intensification is. It’s a concept developed over the past 20 years, and it’s about increasing agricultural productivity without harmful social and environmental impacts. It recognises that there are many agricultural production systems that are intensive but at the expense of the environment or social relations.

The UK’s Department for International Development funded the SAIRLA programme to look at sustainable intensification of agriculture in Africa. The programme has three themes: equity, trade-offs and agricultural services, and the SITAM project focused on trade-offs.

There are competing objectives and equity issues with sustainable agricultural intensification, particularly affecting vulnerable people and women. The project examined the trade-offs between the different objectives at household level. Although trade-offs happen at national and community level too, we were specifically trying to answer the research question of how farming households manage them.

The project did research in eastern Burkina Faso, Northwest Ghana and in central Malawi. We found a few generic issues that were prevalent in each country but otherwise, the results were very context specific.

In fact I would say that you’d have to be careful to assume that the findings in central Malawi, for example, were transferable to another area of Malawi. A groundnut-growing region is different from a tea-growing region. It’s not only the crops that are different, but probably also market access, the land tenure system and the cultural context.

We worked with two partners in each country – a research organisation of some kind and a development NGO. It was a good mix because they had complementary skills.

Q: Why did you want to know about the impact of sustainable intensification?

BA: This research is a perfect illustration of the overall tensions between environment and development. The tension of needing to produce more food for growing populations against achieving environmental and social sustainability, through, for instance, reducing agricultural expansion and pollution while also supporting rural livelihoods.

Some people think you can do both – but in reality farmers have to make a choice because both can’t be maximised. So what do they do? That’s what we wanted to find out.

We also wanted to see if farmer experience was informing national level policy discussions. It seems that there was more connection between local and regional level.

Other work we are doing – the SENTINEL project – is looking at national level trade-offs.

Q: What were the specific trade-offs you found?

Farmers are often forced to prioritise short-term needs – for example, having to cultivate land along a river bank for dry season gardening, even though this results in siltation and pollution downstream. Or they may cut down trees to allow faster land preparation by tractor ploughing, knowing that this means they will have less fodder, shade and leaf drop from trees.

Another example might be a farmer having the goal of educating their children and wanting them to have a better life – but also wanting to have enough food to eat. Ideally, of course we want them to be able to do both but if a household is poor, the farmer (whether a man or a woman) needs their children to be helping in the field, so they don’t have to hire help.

In fact, they usually can’t afford to hire people at all, so without the family helping they would produce less, have less income and might end up needing to take out a loan.

At household level the farmer must work out these trade-offs. Their deliberations can be influenced by national-level policies such as making education free for all, or offering subsidies for farm inputs such as fertiliser.

There are trade-offs at national level too. The SENTINEL project has shown that the trade-off is between the country wanting to be food self-sufficient – not wanting to import any staple foods – but also signing up to the Aichi targets under the Convention on Biological Diversity, thereby agreeing to reduce deforestation, even if this means that less land is available for farming.

Q: Why is it important to do this research now?

BA: Current responses nationally and internationally are primarily about improving agricultural productivity and nominally support  sustainable intensification by suggesting working in an environmentally benign way. In practice there is very little acknowledgement from donors, for example, that trade-offs exist and that some productivity enhancing mechanisms and technologies have harmful environmental and social impacts in the longer term. 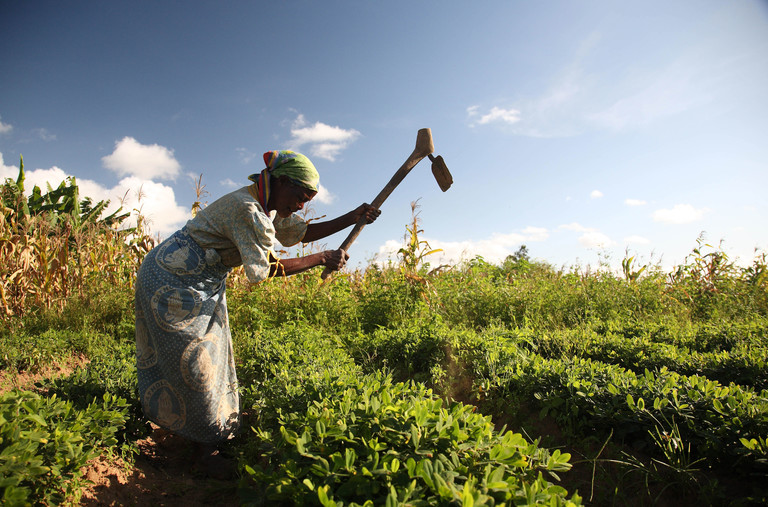 We all love the idea of achieving a ‘win-win’ situation, but I believe that somewhere there will always be a problem. You might think that pursuing agroecology (linking ecological concepts and agriculture) is the answer, but doing this at scale requires a lot of knowledge and experience, which farmers cannot easily acquire, particularly with widespread cuts in agricultural extension services.

And there will always be a period of transition when production costs increase (for example when implementing soil and water conservation measures), while the benefits only occur after a few years. Many farmers can’t wait that long.

Q: Are there other things that farmers have to consider?

BA: Yes, there’s another challenge: how long it takes for negative effects to show – because not all environmental costs show in the same season. If a farmer is overusing herbicides and fertilisers and killing off useful insects, the long-term damage may not manifest itself until the next season, or even further down the line. Also, the damage may not occur on his field, but could affect other farmers.

Q: Do any particular case studies stand out for you?

BA: In Malawi, there’s a huge use of herbicides (some of them have been banned by the government, but are still available in local trading centres), because of a short-term need to cultivate fields quickly to adapt to short growing seasons with limited labour. Although the long-term impacts are not yet visible, it is likely there will be some.

We want to see policies incentivising long-term benefits for the environment. Policies providing good tree cover on farms, for instance, which will help feed livestock in the dry season. This would also help farmers economically – a farmer will get a better price for a fat goat than a thin one.

Q: Were any of your findings a surprise?

BA: What surprised me in Malawi was the high level of debt. Many people are in a debt trap, with high prices for inputs and low prices for agricultural produce, and therefore having to borrow money. I hadn’t realised it was so bad – and our research area wasn’t in the poorest part of the country – there are much poorer areas.

In Northern Ghana and Burkina Faso the areas where we were doing research hardly produced any cash crops – they were farming much more for local markets. Food security was much better.

In these two countries, if people need money they move away – there’s migration to Cote d’Ivoire from Burkina Faso and in Ghana, people leave for the cocoa belt.

In the area of Malawi where we did research, men were always keen to sell crops and get cash. Unfortunately the local market towns had plenty of beer and movies to spend money on and the cash didn’t always go back into families.

Women in Malawi households were generally keen to produce more maize to have enough to eat, while men were in favour of cash crops, so that they had more to sell. Women didn’t appear to trust the men to sell groundnuts to buy maize.

Q: Was there conflict within families?

BA: Well, there were differences in approach – as I mentioned above in Malawi. In Ghana and Burkina Faso, farming systems are part of the southern edge of the Sahel. The head of household controls land use and production and has a family field where the staple food crop is grown and they will draw on wives and children to work on this field.

Other members of the family can ask for land to grow a crop so, for example, a teenager will grow a cash crop to pay for school fees. The family has the security of the family field but also the opportunity to get a bit of money of their own. In Malawi, the male head of household controls virtually all resources, despite matrilineal land tenure.

Q: What are the overall messages from your findings?

BA: I think it has to be this: farmers have objectives that are based on their resources, and current development policies are hindering them from pursuing these objectives, and don’t recognise that there are trade-offs between them.

Policies don’t differentiate between different types of households and tend to promote short-term decisions – choices that favour short-term objectives. If public money is being spent, it should be prioritising longer term objectives, because the market takes care of the short term.

And another message: there are different kinds of households, and farming strategies depend on household size and composition and farm size and type. Policies must recognise this.

For example, let’s compare two households in Ghana: the first consists of a father, mother and lots of children, and owns lots of different plots, while the second consists of a young couple with one child and a very small plot.

Having the option to experiment with technology makes the first family more resilient and able to manage risk better compared to the second. The second family may be incomers to the village and may never have the chance to buy more land.

Wherever you go, you will always find many kinds of households with varying objectives, whereas policy interventions are “one-size-fits-all”. We’ve got to realise this is not right and must change. 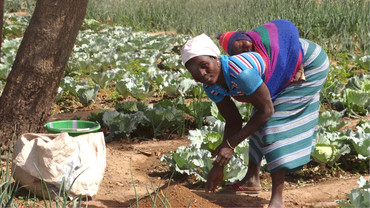 It is a huge challenge to achieve food security for all in a way that is sustainable in environmental, economic and social terms 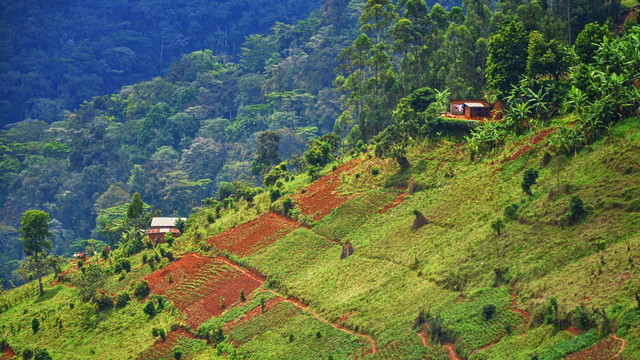 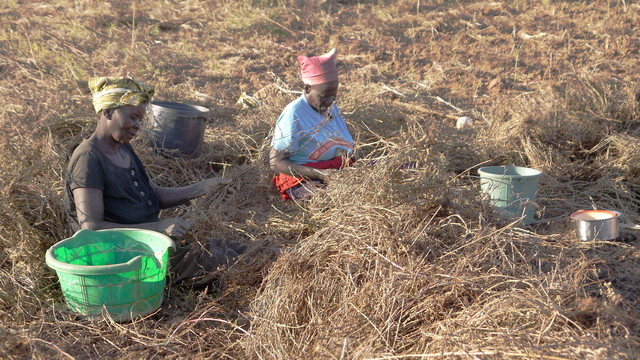 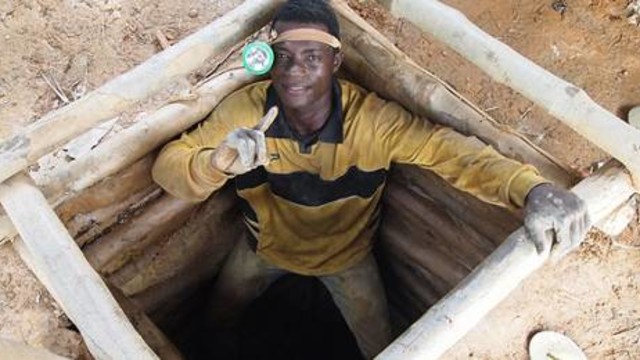 Ghana: on our way to participatory reform in the artisanal and small-scale mining sector 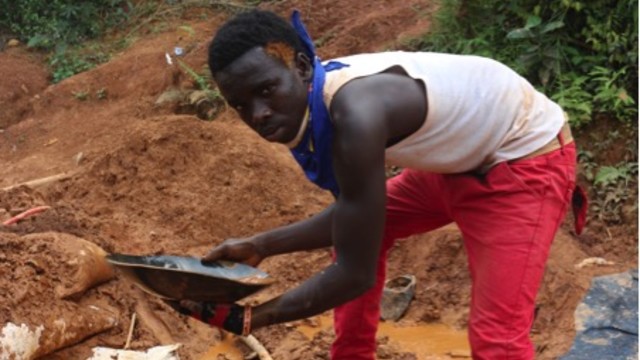