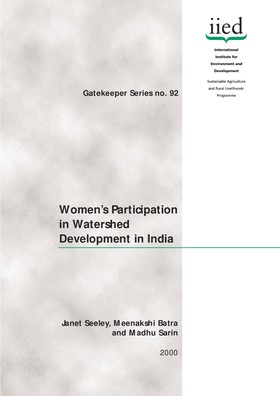 Watershed development has been adopted in India to address land degradation and the need for increased agricultural productivity. Women have tended to be marginalised in watershed development projects because of the focus on land development, which given the control of land in many parts of India, makes it male-focused. We argue that the fact that women are often left out of such projects matters, because women play a central role in the management of natural resources. Land-based activities usually generate more income and carry less risk than non-land-based activities that women are often encouraged to take up.