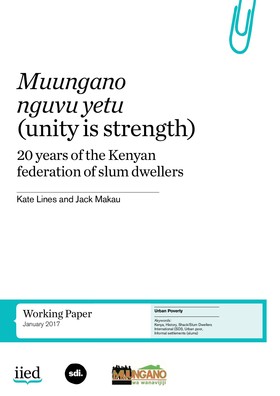 Twenty years ago the grassroots movement Muungano wa Wanavijiji emerged from Nairobi’s many slums to resist evictions by the Kenyan government. It confronted the nexus of politicians, government administrators and the elite to acquire the lands that the slums occupied. In doing so, Muungano challenged antipathetic attitudes about informality. Joining global advocacy around slums, Muungano pushed locally for the recognition of slums as human settlements. And as the space for slums developed Muungano graduated to designing models for upgrading living conditions in the slums.

Throughout this evolution, the Kenyan state has been the single most prominent precipitant for the strategies that Muungano has employed. This paper describes the correlations between a social movement, its civil society partners and the State. It gives an insight into how state and indeed societal attitudes change to achieve more inclusive cities.

Transforming the understanding of urban poverty, its causes, and how best to address it 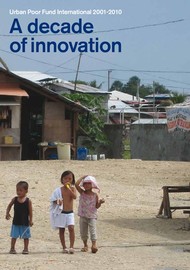 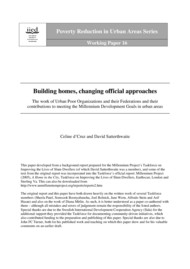 Building homes, changing official approaches: The work of Urban Poor Organizations and their Federations and their contributions to meeting the Millennium Development Goals in urban areas 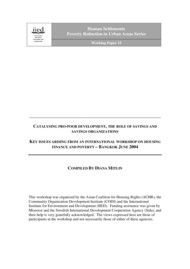 Catalysing Pro-Poor Development, the Role of Savings and Savings Organizations 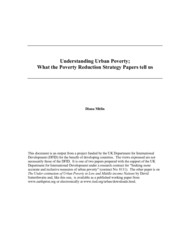 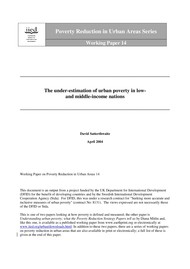 Under-estimation of Urban Poverty in Low and Middle-income Nations, The 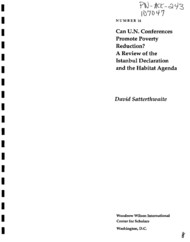 Can UN conferences promote poverty reduction? A review of the Istanbul Declaration and the Habitat Agenda