Land ownership, control and contestation in Karachi and implications for low-income housing 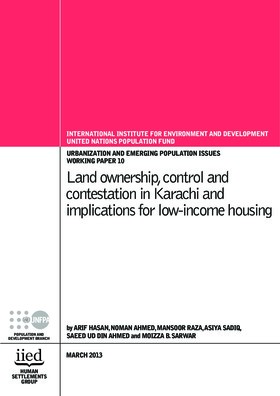 Without equitable management of land and finances the housing needs of the majority of Karachiites who are poor communities, cannot be taken care of. Land is hotly contested because of speculation and real estate development which brings not only enormous profits but also helps Karachi's different ethnic parties in consolidating their hold in different areas of the city. A similar process of land speculation, real estate development, a nexus between developers (of dubious origins), compromised politicians, and bureaucrats in the process, exist to a lesser or greater extent in most Asian cities and also in cities of the North. The Karachi study identifies the actors and factors in this process and uses a methodology through which other cities can be viewed.

Focus on urbanisation issues in Karachi

IIED collaborated with partners to look at urbanisation in Karachi 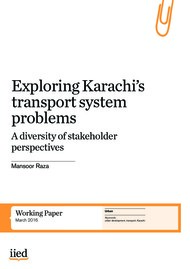 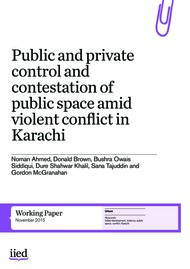 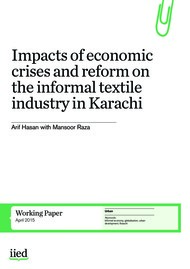