The current and potential development impact of sub-Saharan Africa's cities 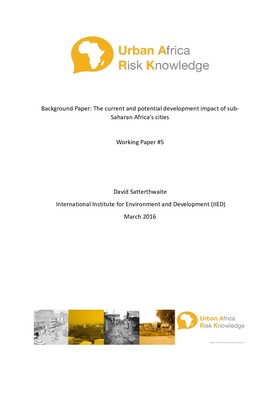 The main urban issue that sub-Saharan Africa is facing is a rapid growth in its urban population (or in the population of particular cities) without the urban governance structures in place that can manage this. Without competent, effective and accountable urban governments, its not possible to tap the great potential that cities have for supporting good living conditions and good health. So the issue is not accelerating population growth in the major cities (or among the urban population) because available data suggests that almost all countries and large cities actually have decelerating growth rates.