But, what is the Africa position?

IIED trustee Fatima Denton reflects on Africa's position ahead of COP21 and sees a mix of threat and opportunity.

Blog by
Fatima Denton
Fatima Denton is an IPCC lead author and the director of an innovations, science, technology and natural resource management division, at the Economic Commission for Africa
28 November 2015

As a people, we are slowly and steadfastly overusing our earthly reserves, and yet we have remained oblivious to our ecosystems' limits.

It is becoming increasingly obvious that the forthcoming Paris conference will play a part in defining and shaping the future of humanity, paving the way for either shared prosperity or an environmental mess for future generations to clean up.

The paradox is that in Africa, environment and development are two sides of the same coin. Yet, why is it that for a people so well-endowed in natural resources, they are left rudely exposed to the vagaries of climate change?

I recall sitting up in my chair and trying to make sense of it all. I was being interviewed by a Chinese journalist, keen to understand why Africa was so acutely defined by climate change and why, more than any region, Africa needs a strategy to bail itself out of the spectre of climate extremes and their effects as it prepares for the 21st Conference of Parties (COP21), in Paris, this December.

No full circle without growth

As I rambled on about the centrality of adaptation as one of Africa's tools to fight climate change impacts, my interlocutor paused, and looked me in the eye, as he ventured "but what is the Africa position?".

I argued that the Africa position is about recognising that an agreement in Paris will not come full circle unless it is able to align Africa to its growth potential. I added that while some African countries are recording high growth rates, this growth could become a foreign concept if the natural resources that Africa principally relies on are not turned into assets that will benefit current and future generations.

With more cases of rising sea levels, frequent floods and droughts, Africa will need to rely on access to technologies that can provide forecasts and an early warning system, to enable its people to punch their way out of poverty as they claim new avenues leading to climate resilient development.

But, as I argued that Africa's position is about cutting a deal that will make climate finance a central pillar of the agreement and open up new, predictable and transparent sources of finance, I could not help thinking that I was 'ducking' a reasonable question.

Which Africa are we defending?

What is the Africa position? As I struggled to respond with conviction and authority, I recognised that Africa's position is not so simple to unpack. Which Africa are we defending?

Is this the Africa that has huge appetite for renewable sources of energy that will power its industries, light up homes and schools, serve as a torch to brighten Africa's tourism prospects or give millions of African women, for example, the license to tap into modern energy systems? Indeed, the rhetoric that climate change presents new opportunities for Africa to address energy poverty and growing crisis has been widely rehearsed.

Or should we rather focus our attention on agriculture as Africa's achilles heel?  Yet, paradoxically, this is also the greatest opportunity for the region to sprint towards structural transformation.

True, climate change impacts will have major effects on staple cereal crops across Africa, reducing productivity by as much as 10 per cent by 2050. The twin problem of poor agricultural productivity and its corollary, land degradation, are reducing the potential of smallholder farmers and locking them in a perennial cycle of limited access to fertilisers, rudimentary equipment and tools, and denying them of reserves and surpluses.

Moving from a dysfunctional food system marked with severe structural deficiencies to a performing sector able to restore degraded lands and reduce food imports is no small feat. And tempting as it is may be to conflate all to climate change, the latter is not the sole culprit.

Or should our defence of Africa's position focus on fisheries where there are likelihoods of significant losses of marine and riverine fisheries and fish stocks? This again is a paradox given that the potentially abundant ecological goods and services in the oceans, aquifers and lakes of Africa.

However, whichever way you slice the cake, there is no discounting the fact that there is no definitive Africa position. Sectors such as agriculture, forestry, energy and water constitute both challenges and opportunities.

The Africa position, then, is not about counting multiple vulnerabilities in the different climate sensitive sectors, but about identifying where the opportunities lie in climate finance and technological innovations, not just as a means of implementation for adaptation and mitigation strategies, but as a means of survival for a people whose resilience has been tested.

The Africa position is about taking a strategic, high altitude view to deliberately 'mine' the opportunities, not just in showcasing adaptation as worthy of investment, but also looking at mitigation opportunities in forestry, energy and agriculture.

Africa's people know far too well that their transformation and prosperity cannot be mortgaged while climate negotiators talk. The next 20 years should be Africa's time to reap the benefits of its blue and green economies; champion climate resilient strategies and retain all the aces in technologies that will rev up its economies, strengthen its infrastructure and transform its societies.

So, as I pondered over the question, I was tempted to retort that Africa cannot go to Paris with low ambition. But, Africa's ambition must go beyond single narratives. It must be underpinned by the notion of equity and predicated on a fair agreement.

This is about saying to Africa's farmers, fishers, pastoralists, and foresters that the world will stand with them when the river levels drop, and will act in unison to stem the tide of rising sea levels and celebrate when good rains reign over poor harvests.

Our humanity is intersected and the only position worth defending is the one that celebrates our common planet and rejoices in the knowledge that it is within our means to alter the pace of change.

The Africa position is telling the world, at COP21, that Africa is ready to tap into the opportunity for development, and climate change is a mere accelerator to charting a new pathway.

Fatima Denton (fdenton@uneca.org) is an IPCC lead author and the director of an innovations, science, technology and natural resource management division, the special initiatives division, at the Economic Commission for Africa in Addis Ababa. Dr Denton is a trustee of IIED. 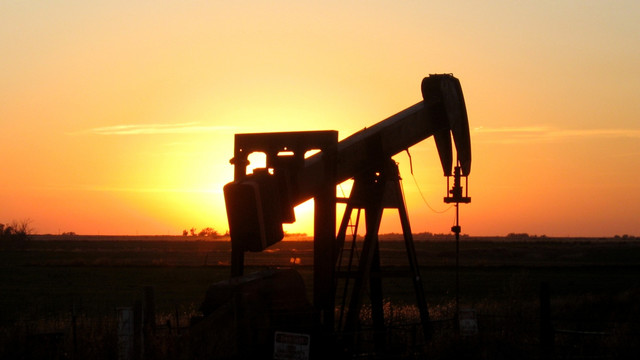 Critical theme: The polluter elite, inequality and the ecological crisis 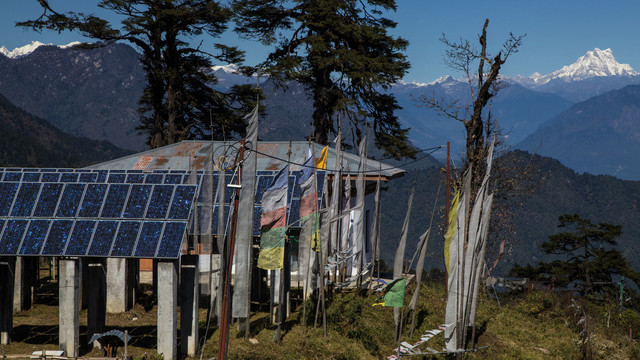 Turning up the volume: five insights into aggregating finance for expanding off grid energy investment 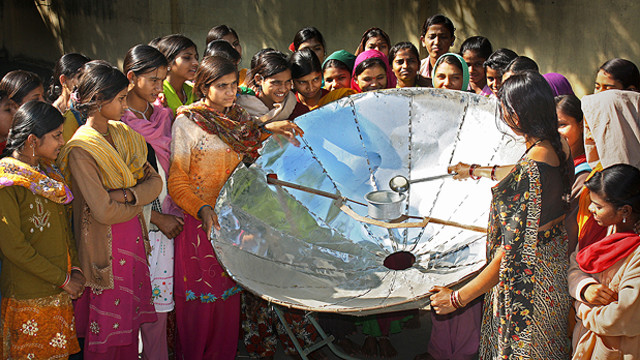 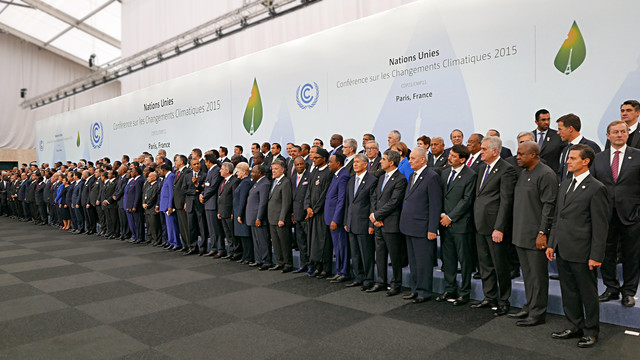