A tale of typhoons, trees and tiny creatures that stood between a community and climate resilience

Nguyen Viet Nghi’s enthusiasm was infectious as he showed off a scene of remarkable renewal in what was once a disaster zone.

We were in Da Loc commune, a sleepy part of Vietnam’s Thanh Hoa province. It’s a place that on a single day witnessed both the fury and the protective power of nature.

The community learned well from the experience, but only after they overcame the attention of some tiny animals that threatened to spoil the story.

Da Loc’s day of destiny came on 17 September 2005. At around ten o’clock in the morning Typhoon Damrey tore into Vietnam here and unleashed its awesome power.

As it churned at the coast at 100 kilometres per hour, it tore buildings apart and spawned a sea surge that smashed through the commune’s protective dyke wall and laid waste to the villages behind it.

Many people lost their lives that day.

The survivors found their homes and livelihoods in ruins. The sea swept inland for kilometres. Its salt ruined rice crops and would leave fields infertile for years to come.

The typhoon caused more than US$4.4 million in damage. But one area suffered less than the rest.

A 500 metre stretch of the 3500 metre long dyke had remained intact because of what stood between it and the sea: a patch of mangrove forest.

Nature had provided a lesson that Da Loc commune could not afford to ignore. And in 2006 Nguyen — a project manager for Care Vietnam — arrived with a mangrove mission in mind.

The plan was simple: to support the community to plant a living wall of mangrove trees to protect against future storms.

But when they first tried to plant mangroves along that stretch of coast, the trees died after just two months. It looked like Nguyen’s mission was doomed to fail. Until, that is, one of the villagers diagnosed the problem.

Little creatures called barnacles had attached themselves to the mangrove seedlings in such numbers that they killed the trees before they could establish themselves.

Now the villagers go out onto the mudflats each month to battle the barnacles. Sinking knee deep in the thick grey mud, they scrape them off with a sharp knife. It’s a tough way to spend a day, as I found out yesterday.

But the tactic works. Once the seedlings reach a certain height they can tolerate the barnacles and grow into mature trees whose seeds help the forest to spread further.

I visited Da Loc as part of the 6th International Conference on Community-Based Adaptation to Climate Change , which gathers researchers and development workers to share knowledge of how local action can protect people from extreme climatic events like droughts, floods, landslides and heat waves.

Typhoons and big coastal storms seem to be becoming more frequent and more intense in Vietnam. And while none can be proven to be caused by climate change, the experiences of Da Loc can inform other communities around the world who face threats from the extreme events that climate science predicts will become more common as the world warms.

In Da Loc, the community has owned and managed the mangrove planting project, decided how and where to act and how to share the work. Care Vietnam has supported the process with funding, technical advice on climate resilient livelihoods and programmes to educate children about disaster risks.

To date more than 6,000 villagers — mostly women — have planted mangroves on 305 hectares of the shoreline. The oldest trees now form a thick wall that shields several kilometres of the coast.

Nguyen says the whole operation has cost just US$1000 per hectare of planted forest. Based on the losses mangroves prevented in 2005, he equates each dollar spent with US$186 in saved storm damages.

It’s a cost-effective way to protect 50,000 people from extreme weather and it has boosted food security and incomes too.

More mangroves means more fish, crabs and shrimp, which shelter among the tree’s submerged roots. They provide the villager with an important source of protein and something to sell.

The trees give globally too, as mangrove forests lock vast amounts of climate-changing carbon in their wood and the mud they stand in.

Nguyen’s pride was palpable as he showed off the blanket of mangroves the villagers planted in 2007. The trees are now taller than him.

“Now when a big wave comes,” he says, “the mangroves take its energy and make the water calm, like big hands that keep the people safe.”

This blog was first published on Under the Banyan. 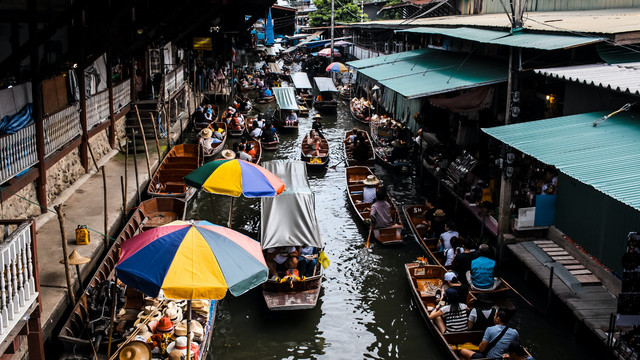 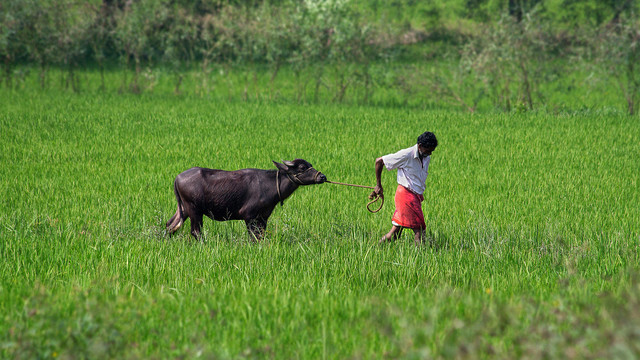 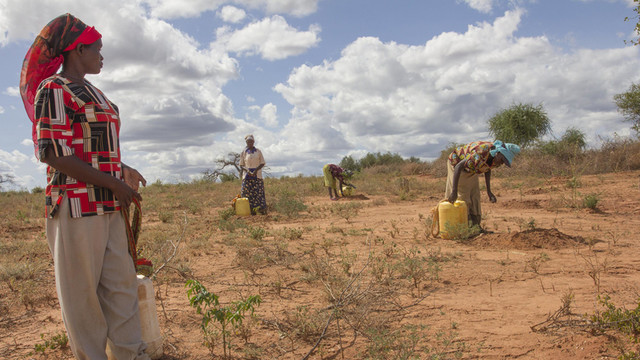