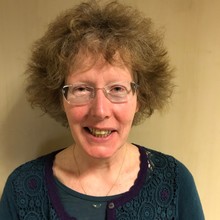 Angela McNaught is a certified accountant (FCCA) with more than 30 years experience working in a variety of financial roles. She holds a BSc in geography and geology.

Her financial career started in London as a graduate trainee accountant with the audit firm KPMG in 1987. Prior to moving to Scotland in 2004, she was finance director of the events and exhibition organising division of Earls Court and Olympia.

Since 2004 she has held a number of private sector contract finance roles and voluntary finance roles in the charity sector. She was a board member at the Royal Botanic Garden Edinburgh from 2008 to 2016 where she chaired the audit committee. In addition she has acted as treasurer and as an independent accounts examiner for a number of other Scottish based charities and community associations.