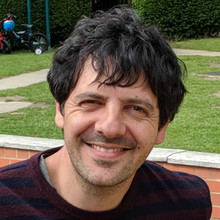 Alejandro’s main area of expertise is on agro-food systems, especially small-scale production and informal food markets. In his doctoral dissertation he studied small-scale retailing in his native Colombia, puzzled by the fact that small corner stores are still the dominant market players – even in the face of the rise of supermarkets.

The stubborn persistence of the informal sector – and the common hostility of governments towards it– have been a common theme in his research and policy work over the last decade and a half. The informal sector may look chaotic and inefficient, but in the developing world it is a hotspot of opportunity and entrepreneurship.

Alejandro has worked with local partners in Latin America, Africa and Asia to produce evidence about this important but often poorly understood sector. Looking at specific crops or products, his research has shown that regional and local markets provide a crucial link between poor producers and poor consumers. Alejandro has also worked to influence decision-makers so that policies acknowledge the crucial role of informal food markets, and see in it an ally rather than an enemy.

Alejandro has a broad interest in the intersection of environment and development. He has done conceptual and applied work on the green economy, natural capital and ecosystem services valuation, in particular with regard to forests in the Amazon basin. In Peru he provided technical inputs for the government’s National Forestry Plan on topic ranging from smallholder agriculture and ecosystem services valuation to social inclusion in the forest sector. He has also conducted research on REDD (Reducing Emissions from Deforestation and forest Degradation) and its implications for smallholder farmers.

Previously, he has also conducted scoping work on the development and environmental implications of the rising middle classes in developing countries, and has conducted research on responsible consumption in rising powers.

Trained in natural and social sciences, Alejandro uses a wide array of methods and approaches, both quantitative and qualitative, and ranging from ethnography to decision-making experiments. At IIED, Alejandro has been helping to develop and implement research that citizen-led, that is, where non-scientists play a role in designing, collecting, interpreting and using data.

Researcher at the German Development Institute (DIE) in Bonn. Previously consultant for FAO and local governments in Colombia.

Understanding the role of small farms in Europe (SALSA) 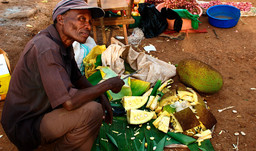 Putting informal food systems at the centre of sustainable diets

Science with citizens, or science for citizens? 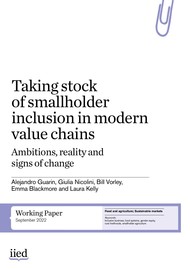 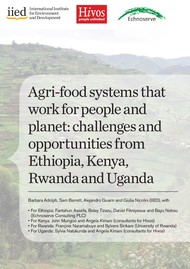 Agri-food systems that work for people and planet: challenges and opportunities from Ethiopia, Kenya, Rwanda and Uganda 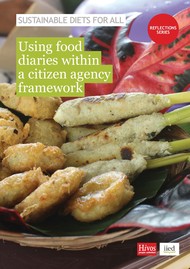 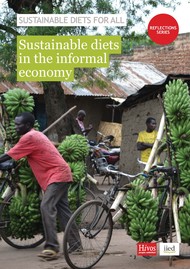 Sustainable diets in the informal economy 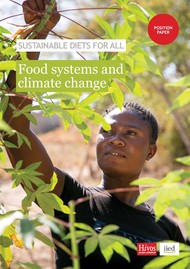 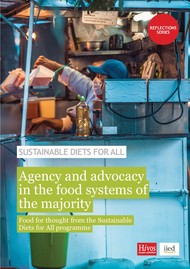 Agency and advocacy in the food systems of the majority: Food for thought from the Sustainable Diets for All programme 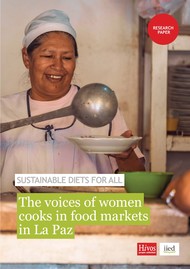 The voices of women cooks in food markets in La Paz 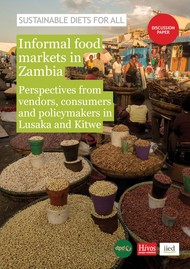 Informal food markets in Zambia: perspectives from vendors, consumers and policymakers in Lusaka and Kitwe