There’s great divergence amongst UK MPs on their ambitions for the upcoming Rio+20 Summit, a Parliamentary debate chaired by journalist Jon Snow revealed this week.

None of the other panelists were going to dispute that these are all areas in which urgent progress is needed. The arguments arose over the question of “how?”. How can the ambitions of the SDGs be achieved? How can we get beyond measuring GDP? How can the private sector be best harnessed as a positive force for sustainable development?

Unfortunately a lot of the meeting time was consumed by descriptions of the problem, vague statements and misunderstanding. Labour MP Tony Cunningham told the audience, largely made up of development NGO staff, that climate change is “bad and getting worse,” and the effects are worse in Africa than the UK – points that were all patently obvious to the audience. Some corporations were congratulated for leading the way on sustainability but without much exploration of why, and Conservative MP Mark Simmonds erroneously accused Caroline Lucas of advocating no-growth economics in developing countries.

A few specific policies also got a mention, particularly from Green MP Caroline Lucas and SNP MP Eilidh Whiteford, who both advocated that the UK should stop blocking a European financial transaction tax, which British Prime Minister David Cameron has spoken out strongly against. The two MPs said the government should be pressing for a tax on shipping or aircraft bunker fuel.They argued that the tax could both generate revenues and correct market distortions that make it cheaper for a builder in Scotland to import granite from China than purchase it from local quarries.

This wasn’t met with agreement from Conservative MP Mark Simmonds, which was characteristic of the differences in the approaches the Parties take to affecting private sector practice. For Simmonds the “maximum engagement of the private sector” is generally achieved through “better information and transparency”.

Simmonds therefore welcomed the call for a Convention on Corporate Sustainability Reporting in Paragraph 24 of the “Zero Draft” of the Rio+20 Summit and argued that, with better corporate reporting, shareholders could evaluate the sustainability impacts of their investments and make requests or recommendations for improved practice. There was no time to explore just how much impact this proposed Convention could have.

Trade and aid also featured strongly in the discussion, with Jon Snow seeking confirmation from Liberal Democrat MP Martin Horwood that Nick Clegg would use the Rio+20 summit as an opportunity to press other countries to match the UK’s 0.7% of GDP aid spending commitment.

Conservative MP Mark Simmonds added that to get maximum impact from the aid budget it should be used to “leverage” private sector finance, which prompted Labour MP Tony Cunningham to respond that ensuring private companies pay their taxes on operations in developing countries would be a further way to increase the role of the private sector in development.

On renewable energy SNP MP Eilidh Whiteford commented on the growing local level investment in wind turbines in her constituency region of Aberdeenshire. She said this exemplified how renewable energy technology can be welcomed by communities, even in the UK. Martin Horwood added that in Denmark, wind farms were widely welcomed because they were community, rather than corporate-led, projects. Mark Simmonds responded that there would be deep hostility to wind farms in his Lincolnshire constituency regardless of who initiated the project.

Returning to the subject of the Summit, Caroline Lucas suggested that the UK Government, with its interest in measuring wealth in natural capital, not just GDP, should further explore the idea of steady state economics in rich developed countries, a term used to refer to an economy of relatively stable size that features a stable population and stable levels of consumption.

MP Mark Simmonds misunderstood her comment and argued that pursuing no growth economics would not leave developing countries with any hope of addressing the problems of large-scale poverty.All the panelists were agreed on the scale and importance of tackling climate change and global environmental degradation and resource loss. Poverty alleviation has to be at the heart of addressing these challenges, they said, and emphatic iterations of these concerns littered the debate.

But, to bring about effective global action to overcome the environmental and development challenges the world faces requires more than an acknowledgement that climate change is a great threat, planetary boundaries are being overstretched and poverty is bad. This is only the preamble to that story. It was written 20 years ago at the first Rio Earth Summit, which was two weeks long. This year’s Summit will last only three days.

The debate was a good snapshot of the wide spectrum of political positions represented in the UK Parliament. There will be a much broader range of interests – and divergences –represented at the Summit itself. It wouldn’t be hard for a room full of politicians to fill the best part of three days with reiterations of the preamble and vague confidences that improved reporting mechanisms could be enough to catalyse major shifts in corporate behavior.

If Rio+20 is going to move beyond an equally superficial and inconclusive discussion, delegates will need to come, not just with  expressions of concern and ambition, but to focus on learning from the 20 years of initiatives that this process has already produced, to generate meaningful evidence-based policy discussions. 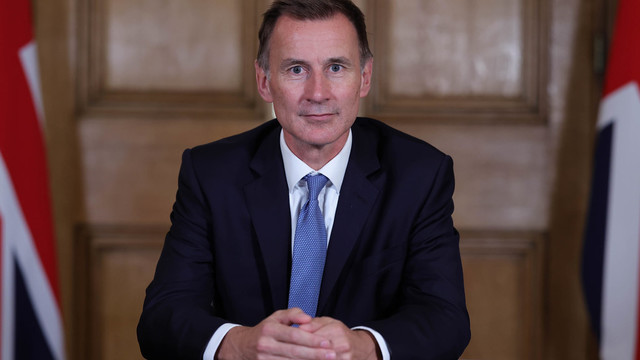