A gastronomic boom sweeping through Peru reflects the country’s economic growth and optimism.

Many of you know that Latin America was born from power relations in trade. Pirates and corsairs fought and stole under different flags to get hold of the same natural resources – gold, silver, sugar, cotton and wool – and of course the people needed to produce them! In the earliest 19th century, England had to fund a Venezuelan and an Argentinean to liberate Peru to open the market and break Spain’s trading monopoly and get what they needed: the ‘open veins of Latin America.’

But what many of you don’t know is the important contribution of an English family to what Peru is today. Rather surprisingly, an English family was behind the making of Peru’s favourite drink and the early beginnings of the country’s food revolution. The Lindley family created a golden-coloured beverage in 1935 which they named ‘INCA KOLA’. From the start they developed an aggressive marketing strategy and branded it as a unique Peruvian drink. Advertisements featured images with indigenous people from the coast, the Andes and the Amazon region in traditional clothing, and other groups that came to the country at different periods – whites and people of African and Chinese origins. This clever and inclusive marketing strategy paid off over time. It became the ‘beverage of the Peruvian flavour’. The idea of a national identity, in this case through enjoying the drink together, was born.

A very well known case study at business schools, it was the only national company selling more than Coca Cola in the country. Since it couldn’t destroy the ‘National Flavour,’ Coca Cola finally managed to buy 40% of the company in 1999. Even now, INKA KOLA is the most consumed beverage in the country and a symbol of Peruvian identity… it’s impossible to eat Peruvian or Chinese food without ‘the yellow one’.
Was this yellow sticky liquid the unlikely beginning of Peru’s gastroeconomic revolution? Was this when the great idea of a food ‘fusion’ was born….all colours, smells and flavours melted together to create something special in which all ethnic groups and social classes still recognised themselves?

The 80s were a decade of blood and terror – according to the country's Truth and Reconciliation commission 70,000 people were killed.  In the 90’s structural adjustment reinforced the ‘informal economy’, with 48% of Peru's economically active population devoted to informal activities.

But the liberalization process also attracted investments in mining and export agriculture in the 90s – under very good conditions and driven by a demand for resources from emerging economies like China. It is only since the early 2000s that these investments have led to money trickling downstream. Sure, the benefits of all these investments can be contested – they cause pollution and many of the potential financial benefits from the profits never reach people due to low wages, tax evasion and corruption. But, despite all this, there is more money in the pockets of more people.

High levels of economic growth – around 6-7% – puts Peru at the top of Latin American economies in the last decade. And it is doing better every year as noted in the 2010 rating in the world’s competitive report. The increasing middle class is consuming more. Retail shops are expanding even to smaller cities, the service industry is expanding, and the construction, infrastructure and housing industries are booming!

The private sector is changing as well. Pushed by international high standards to compete in global markets, companies have come to practice Corporate Social Responsibility and even more Inclusive Business Models. The ‘Grupo Romero’, a cluster of some of the biggest Peruvian companies in the food, oil, ports and distribution services businesses, states in its Foundation 2010 Report that their first concern is to make their businesses competitive by investing in the companies’ human capital, the capacities of their own workers, to improve trading relations with their suppliers and contribute to the development of society. They are generally finding that a win-win relationship in value chains works better for business also, they invest more but they assure efficiency inside the companies, quality of their supplies and a good image in society.

But something was missing. Many things were boiling in the Peruvian casserole. The ingredients were there – great natural resources and entrepreneurial people who had at least something in common – but they didn’t realise what it was. How to make a nice mayonnaise from the ingredients?

The answer came from the country’s leading chef: Gaston Acurio. He has become a celebrity not only for his excellent cooking but above all for his vision of Peruvian gastronomy as a tool for cultural and economic integration (fusion) and sustainable development.

With others, he has created an association to link farmers, the food industry, and all actors involved in the food chain and APEGA, (translated as the Alliance farmers – cooks) was born. The government, the Lima Chamber of Commerce and prestigious research institutions like the Agrarian University, the International Potato Centre and many civil society organizations have all signed agreements with APEGA.

Peruvian gastronomy depends on all Peruvian products. Defending biodiversity from genetically modified crops that could potentially spoil Peruvian competitiveness is certainly seen as a business opportunity. If biodiversity protection is a long-standing demand of indigenous organisations, the private sector – through restaurants and chefs – have given them loud speakers, and joined in the call.

‘Mistura’ an annual food festival running for its 4th year in the country, had more than 400,000 visitors this year. Visitors walked through a mass of colours, smells and sensations from street food to exotic Amazonian fruit as shown in this video. You could hear the exclamations as you walked around: “Wow, ay!” Importantly, the festival gives small-scale producers a chance to show off their produce – including hundreds of varieties of potato crops.

I had the chance to be there with some Indian, African and Latin American colleagues of a Hivos-IIED Programme on Small-scale farmers and Globalization and we were all amazed by the festival’s scale and its fantastic food.

Some think that the decision by eight chefs to convene a so-called G9 summit in Lima, Peru during the Mistura Fair overhyped their influence. This Guardian article said it was: “an act of such ludicrous self regard you'd need an oxygen tank to get your breath back.”

But it raises some interesting issues about the responsibilities chefs and cooks hold within the countries where they work. In Peru, chefs have become political actors whose voices are heard — the country’s new development actors. They have contributed to create a feeling of pride, to a change in beliefs and practices.

Importantly, they’ve made small-scale farmers visible and appreciated for their contribution to the lovely food Peruvians eat. Small-scale farmers are not victims any more, they are seen as invaluable economic actors, and chefs are working hard to include them in value chains that reward their work.

Gastón Acurio said in this Guardian article: "It's something which has bred tolerance in our historically conflictive country." 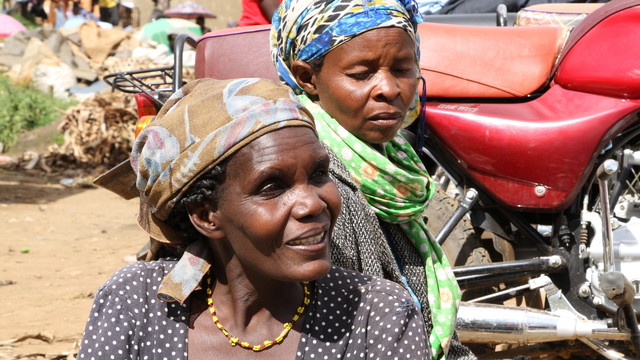 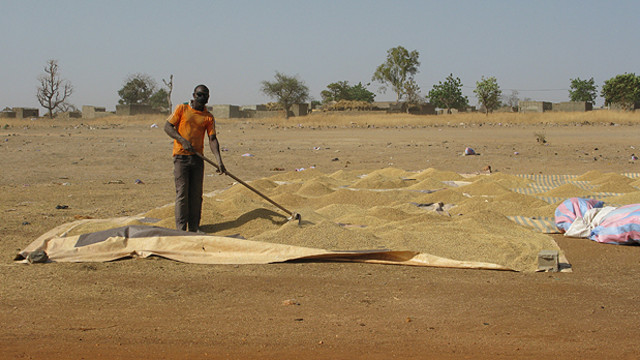