Orangutan, oil palm and RSPO: Recognising the importance of the threatened forests of the Lower Kinabatangan, Sabah, Malaysian Borneo 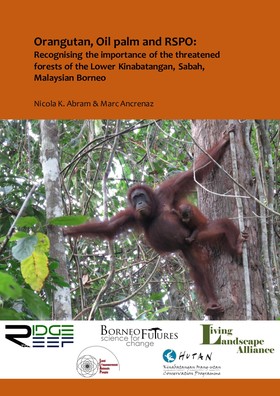 In the Lower Kinabatangan region in eastern Sabah (Malaysian Borneo), the number of orangutans has fallen from more than 4,000 in the 1960s to 1,125 animals in 2001, and less than 800 individuals today. Populations of many other species are following a similar trend, and less fortunate species are already extinct in the region. This decline is primarily due to deforestation.

Indeed, the Lower Kinabatangan is considered a prime area for oil palm production, and more than 80 per cent of the lower parts of the floodplain have been converted to this crop over the past 40 years. Today, the landscape is a mosaic of small and large-scale oil palm production, and patches of protected and non-protected forest, all at different stage of degradation and fragmentation.

This report focuses on the conservation value of non-protected forest. At the landscape level, it identifies that all of the remaining forest outside of the string of protected areas is of high conservation value (HCV) for rare, threatened and endangered mammal species, while acknowledging that some areas are more suitable for supporting a wide diversity of species than others. Their importance for stabilising orangutan populations, and their value as habitats for many other globally threatened species is demonstrated, in the hope that rapid and adequate action will be taken to safeguard them and support forest connectivity across the wider landscape.

In addition, this report discusses how Sabah’s commitment to the certification of palm oil within its jurisdiction could help protect HCV forests in future, while also assessing the risks the existing allocation of forested land for oil palm may pose. 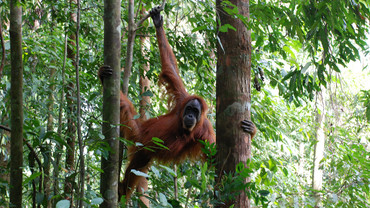 Addressing the interplay between agribusiness investments and ape conservation 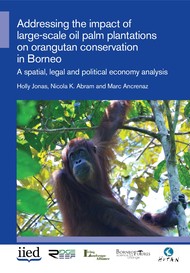 Addressing the impact of large-scale oil palm plantations on orangutan conservation in Borneo: A spatial, legal and political economy analysis 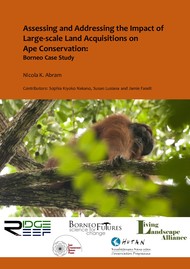