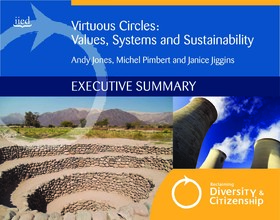 In recent years, simultaneous crises in energy costs, the price and availability of food, water supplies, biodiversity loss, the financial system and climate change have all had a major impact on lives and livelihoods across the globe. Energy prices have increased sharply in most countries during the last few years and the price of a barrel of oil reached $147 during the summer of 2008. The latest surge in food prices has been the most marked of the past century in its magnitude, duration and the number of foodstuffs affected – some food products increased in price by between 50 and 200%. This book paints a vivid picture of an alternative future: sustainable and fair systems for the provision of food, energy, fibre and textiles, housing and water that are environmentally benign and involve positive interventions in natural cycles. While their environmental impacts are negligible, non-existent or positive, their socio-economic benefits are multiple and significant. The book is an output of a project known as Designing Resilience, and documents the initial findings from the first phase of Designing Resilience within the Latin America and Caribbean region.