Engaging pastoralist communities through citizen movements to amplify their voice

This case study examines how the Pastoralists Alliance for Resilience in Northern Rangelands (PARAN Alliance) and its members engage communities and amplify the voice of pastoralist communities in climate decision making and use traditional knowledge and climate information to build resilience in northern Kenya.

The PARAN Alliance is a movement of pastoralist communities and their organisations working in northern Kenya to amplify their collective advocacy voice. It was originally founded by five organisations, and now has 23 member organisations.

The alliance works together to address the complex issues affecting pastoralist communities such as climate change risks, ecosystem degradation, loss of land and territories and socio-economic marginalisation that affects their food and livelihood security.

Founding organisations of the PARAN Alliance

In 2017, the founding members invited grassroots organisations across northern Kenya to join an alliance as a way of building on their diverse capacities and experience and to strengthen individual and collective voices.

The alliance is still developing its ways of working. Jane Meriwas, of Samburu Women’s Trust, explains: “The alliance is new and we are trying to build the structures that will work. So we share examples and learning… Within the alliance you are stronger and you have more voice than an individual entity.”

The alliance uses a variety of customary and formal structures to ensure representation of different groups, such as a council of elders, women groups, youth groups, water resource users' groups, community forest associations and fisher groups. The alliance has found that some groups need their own separate meetings to be able to fully express their needs and priorities.

Women may self-organise at the local level, into forming their own small groups to address their priorities, but often they lack a platform to amplify their views.

The engagement of communities is both vertical and horizontal – working within or across community hierarchies and institutions.

Working through traditional institutions is often the preferred basis for engagement, although alliance members also engage communities directly in different ways according to cultural norms and following principles of inclusion.

This leads to a more bespoke approach of learning on a community basis, using creative channels to share information and accelerate social learning. Jane Meriwas, from Samburu Women’s Trust explains: “The community can have processes of reflecting and sharing learning, scaling up to other areas. The learning can be in the form of songs; a lot of messages we are sending through the songs. We are using local radio to disseminate information… songs on drought and climate change in traditional language.”

Some members find seminars and workshops too formal; instead, the alliance runs informal dialogue meetings in open community spaces. This ensures that the alliance gathers divergent views and hears directly from community members about concerns and priorities of different groups.

The alliance also uses traditional forms of engagement such as chief’s barazas – public gatherings – and events such as the camel caravan to engage communities.

Paran Alliance members identified a number of enablers and barriers for citizen participation. The practical considerations of language differences, long distances and cultural paradigms were all brought up as challenges to engagement.

Factors that enable community participation are using informal local mechanisms and working with bespoke approaches for different sub-groups or cultural groups to fit in with their own methods and cultural expectations. It is essential to engage with groups right from the beginning of a process, using ongoing relationships that are maintained throughout projects and beyond them, and building capacity for participation. 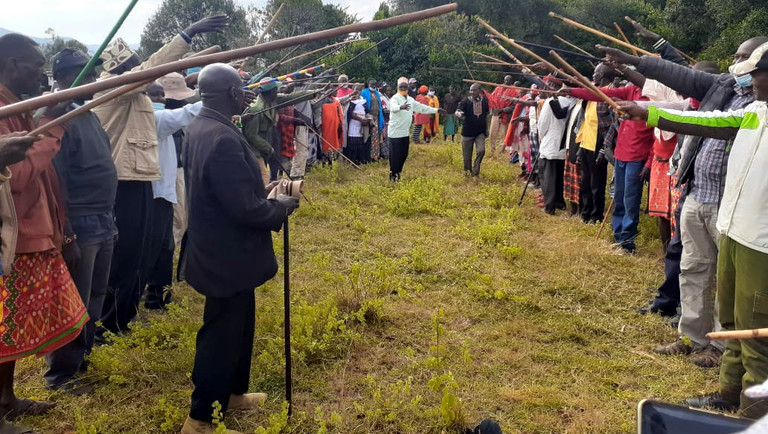 Access to climate information is especially important for pastoralist communities, as changing weather patterns directly affect customary natural resource management and adaptation strategies. The alliance does not have any systematic approach to generating or disseminating climate risk assessment information at secretariat level, so member organisations rely on their own efforts to gather information, assess climate risks and disseminate actionable advisory messages to communities.

This is the principle source of information for many communities and historically has been as accurate as other more ‘scientific’ sources. Scientific forecasts come from the Kenya Meteorological Service seasonal forecasts and through the National Drought Management Authority (NDMA) bulletins, among others on early warning signs of drought, floods and other potential hazards.

Liban Golicha, of Waso Trustland in Kenya, described how traditional and technical climate information is being combined and disseminated within communities. Waso ‘community weather monitors’ have been trained by NDMA and receive NDMA bulletins.

The monitors combine this information with traditional knowledge being generated within the community and interpret and disburse that merged information to the community using various means, including local radio (which broadcasts in local languages) and informal social gatherings and ward level meetings.

Paran Alliance coordinator David Silakan says: “The grassroots communities trust their Indigenous methods of weather forecasting and early warning which they generate by observing natural phenomena. They look at the behaviour of plants, insects and animals to interpret it. The elders use sunrise patterns, the colour of the moon ring to predict weather.”

The use of digital tools in the dissemination of climate information is limited by a lack of access to equipment and poor internet connectivity. Phones, computers, television sets and radios are prohibitively expensive for many individuals and alliance organisations.  It is very expensive to connect and sustain connections.

There is limited communications infrastructure in the region. In Isiolo County for example, only 8% of the land area of the county (around 2,000km2) has mobile phone network coverage, leaving 92% unconnected. There are 164 landline connections for a population of 161,773. In Samburu County 30% of the land has mobile phone coverage. 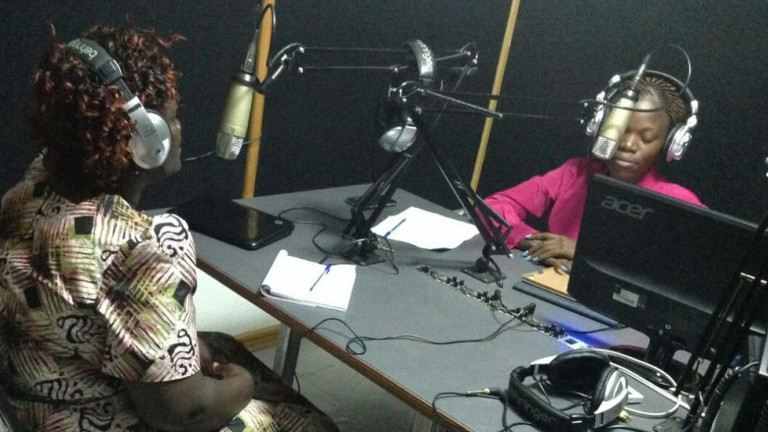 Radio is an effective way to reach out to communities with low literacy and avoids the limits on digital tools and connectivity.

PARAN Alliance members use radio talk shows to disseminate information in local languages. The shows allow community members to call in with questions. This allows a limited dialogue around climate issues – but only in areas of radio frequency coverage.

Where internet connectivity permits, organisations use short messaging services and WhatsApp group messages via mobile phones. These are preferred choices due to their simplicity, reliability and the ability to send voice, picture and video messages, which are more suitable for the most local audiences.

Jacinta Rhoda, of the Sangida Foundation, highlighted the need to increase accessibility for disabled people, for example by using local sign language alongside the spoken word.

Some stakeholders identified the need to develop more systematic ways of collecting, accessing and using information.

The Ngare Ndare Water Resource Users Association accesses weather and climate information online and combines it with primary data collected by volunteers, for example data on the number of people entering and using forest resources. This information can then be presented together and discussed in small groups in ways that is easy to understand.

Liban Golicha, from Waso Trustland, highlighted the potential for using digital tools to rapidly share information that directly impacts pastoralists’ livelihoods, such as information on diseases or market information.

Responding to COVID-19 and other risks

In response to the COVID-19 pandemic, the alliance undertook research to understand the nature of impacts on the community. Some members established WhatsApp groups and used them to disseminate information, others produced information to support community self-organising.

Alliance members also used digital tools and established relationships to respond to other risks, such as locusts. Isiolo Gender Watch conducted research on the impact of the coronavirus and produced a video to create awareness of gender-based violence and COVID-19. IMPACT supported community innovation: to address the challenge of pandemic hygiene in areas of water scarcity, they helped villagers build improvised tip taps, devices for handwashing that conserve water while keping people healthy.

A key enabler for the rapid responses to COVID-19 was existing relationships with local government officials, which allowed member organisations to act as an interlocutor with government services during the pandemic. Trusted relationships, both vertically and horizontally, allowed the efficient and rapid flow of resources and reliable information, which allowed local organisations to adopt agile and targeted responses.

Alliance members engage with government processes jointly and as individual organisations. They have, for example, engaged with disaster risk management and land policies and with rangeland management issues in several counties, often directly engaging with the County Assembly and executive members.

Mohamed Dida, of ISID, said: “Each alliance member is active in a particular community and in particular areas. But the aim of the alliance is to take the voices to higher decision and policymaking levels… We bridge these levels, local to national and to international.”

Alliance members are sometimes invited to provide support during policy drafting and to attend and bring community representatives to formal consultation processes. More informally, they organise community dialogues and events such as the ‘camel caravan’, where policy stakeholders attend and learn first-hand about people’s priorities.

The alliance has a model to amplify pastoralist voices and give community-based organisations a platform to influence policy and access technical information such as climate change resources. We find that the alliance has played a role in opening up formal government spaces to wider groups and also created their own spaces for community voices to reach policy stakeholders.

On climate information and digital tools we find that:

This case study is supported by the World Bank and the Global Facility for Disaster Reduction and Recovery. 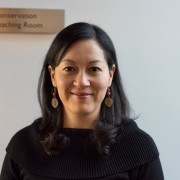 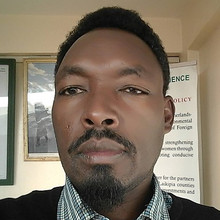 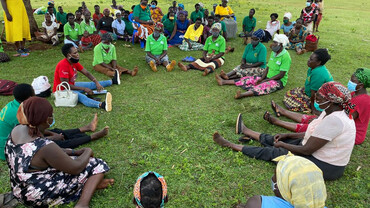 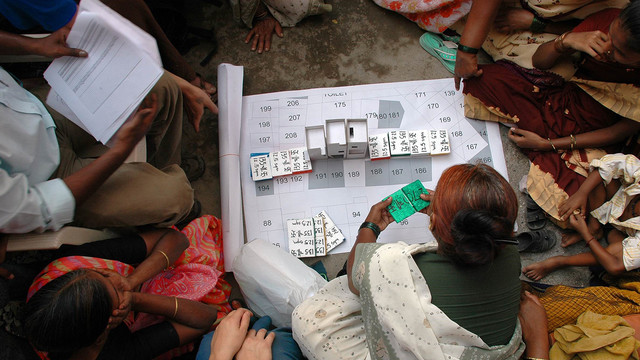 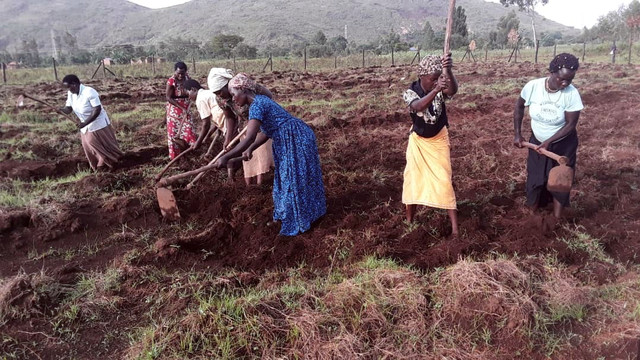 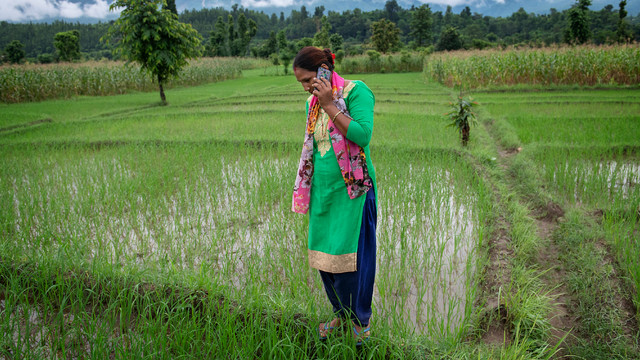 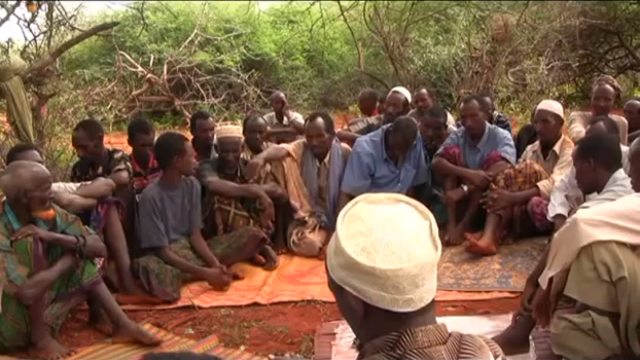