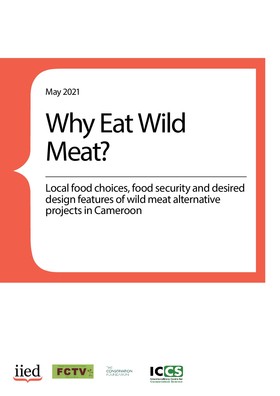 This project report summarises research conducted in four villages around the Dja Faunal Reserve in Southeastern Cameroon. The research aimed to understand local food preferences and the importance of wild meat for food security, and explore which kind of wild meat-alternative projects could result in the greatest reduction in household hunting and consumption of wild meat.

Differences in the drivers and prevalence of wild meat consumption between individuals, households, and between villages, were investigated using semi-structured interviews. A number of hypothetical approaches to designing future wild meat alternative projects were explored using scenario-based interviews.

The report outlines our methods and results in detail, but in summary, we found that younger people consumed wild meat more often than older people. Taste, ease of access and health were the key drivers of species preference, while taste, health, tradition and in some cases, appearance, were the key reasons for species avoidance.

The species that people prefer to eat are generally, but not always, abundant and non-protected. In this particular area, household-level alternative projects were preferred, but initiatives may also want to target hunters and younger people, who eat and hunt wild meat more regularly in this area.

Overall, alternatives should be viewed by their recipients as providing equal or greater benefits for less effort than hunting, if uptake of these alternatives is to be sustainable. 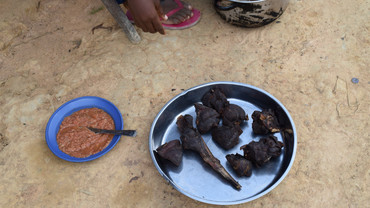 There is concern that hunting for wild meat consumption in sub-Saharan Africa is unsustainable. Initiatives that promote alternatives must be based in a strong understanding of why people eat wild meat 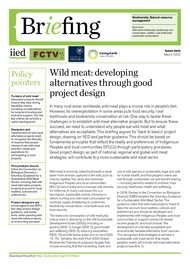 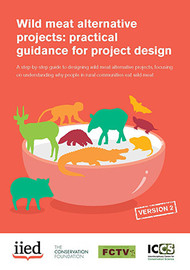 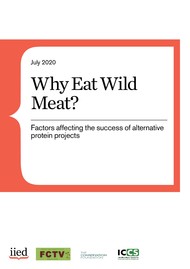 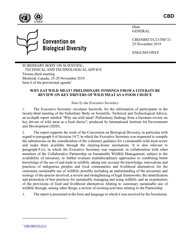 Why eat wild meat? Preliminary findings from a literature review on key drivers of wild meat as a food choice 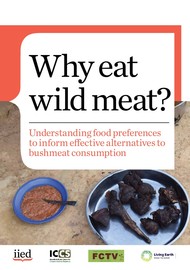