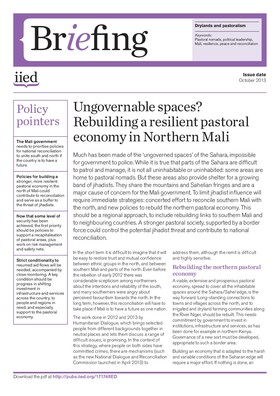 Much has been made of the ‘ungoverned spaces’ of the Sahara, impossible for government to police. While it is true that parts of the Sahara are difficult to patrol and manage, it is not all uninhabitable or uninhabited: some areas are home to pastoral nomads. But these areas also provide shelter for a growing band of jihadists. They share the mountains and Sahelian fringes and are a major cause of concern for the Mali government. To limit jihadist influence will require immediate strategies: concerted effort to reconcile southern Mali with the north, and new policies to rebuild the northern pastoral economy. This should be a regional approach, to include rebuilding links to southern Mali and to neighbouring countries. A stronger pastoral society, supported by a border force could control the potential jihadist threat and contribute to national reconciliation. 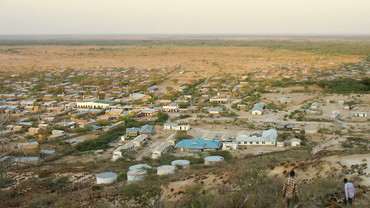 Since 2006, we have done significant innovative work with partners to dispel the misconception that drylands are unproductive 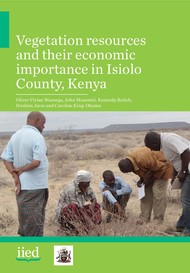 Vegetation resources and their economic importance in Isiolo County, Kenya 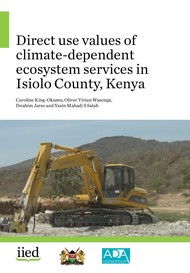 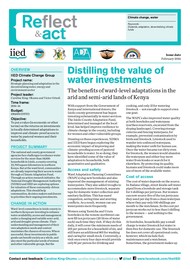 Distilling the value of water investments 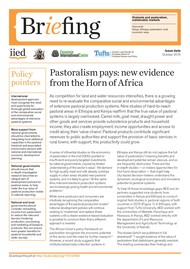 Pastoralism pays: new evidence from the Horn of Africa 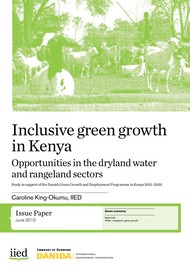 Inclusive green growth in Kenya: Opportunities in the dryland water and rangeland sectors 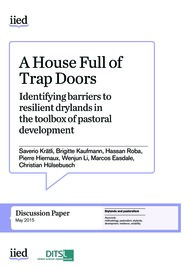 A House Full of Trap Doors: Identifying barriers to resilient drylands in the toolbox of pastoral development