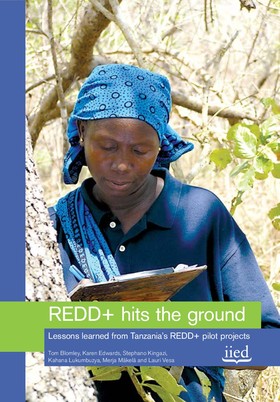 Tanzania launched a series of REDD+ pilot projects in 2009 with the goal of testing approaches to reducing deforestation and forest degradation (REDD+). These projects, funded by the government of Norway experimented with a range of different approaches to protect forests, while supporting livelihoods and local economic development. In this report, we review the experiences and lessons learned from these pilot projects. Initially, we assess the feasibility of voluntary market, project approaches within a context of low forest carbon stocks and complex local deforestation drivers. We go on to explore how participatory forest management (PFM) has been adopted by REDD+ projects and used to address local deforestation drivers. In some cases, orienting PFM to REDD+ goals has helped address long standing barriers to PFM implementation. Elsewhere, viewing PFM through a REDD+ lens has highlighted weaknesses with current approaches to PFM, which will need to be addressed in the future. Furthermore, we identify lessons on consultation, consent and stakeholder engagement as well as how different projects have identified and addressed deforestation drivers at the project level.