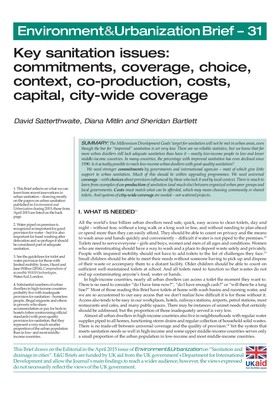 The Millennium Development Goals’ target for sanitation will not be met in urban areas, even though the bar for “improved” sanitation is set very low. There are no reliable statistics, but we know that far more urban dwellers still lack adequate sanitation than have it – mostly low-income people in low and lower middle-income countries. In many countries, the percentage with improved sanitation has even declined since 1990. Is it actually possible to reach low-income urban dwellers with good-quality sanitation?

We need stronger commitments by governments and international agencies – most of which give little support to urban sanitation. Much of this should be within upgrading programmes. We need universal coverage – with choices about provision influenced by those who lack it and by local context. There is much to learn from examples of co-production of sanitation (and much else) between organized urban poor groups and local governments. Costs must match what can be afforded, which may mean choosing community or shared toilets. And systems of city-wide coverage are needed – not scattered projects.

With water and sanitation recognised as human rights, IIED has been working with local partners to identify how sanitation can be improved in deprived urban locations 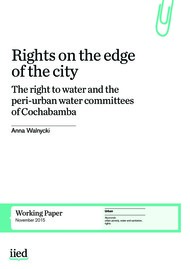 Rights on the edge of the city: the right to water and the peri-urban water committees of Cochabamba 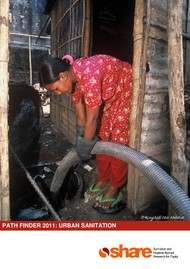 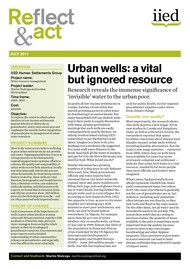