Migration and small towns in Pakistan 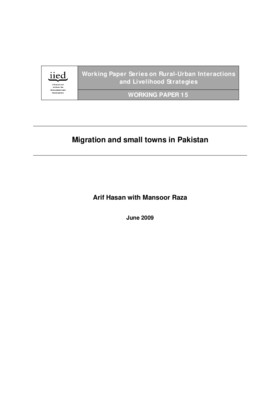 Migration has long played a key role in shaping the size and distribution of the population of Pakistan. Since the partition of the British Indian Empire in 1947 and up to recent and on-going conflicts within the region, Pakistan has been the destination for large numbers of cross-border migrants and refugees.These complex and substantial movements have resulted in profound changes in settlement patterns, and also in deep socio-economic and cultural transformations. Smaller urban centres such as the ones described in this paper reflect the growing discrepancy between changing values and widening economic opportunities on the one hand, and the persistence of a feudal system of political power often supported by a highly controversial administrative and political devolution plan on the other hand.