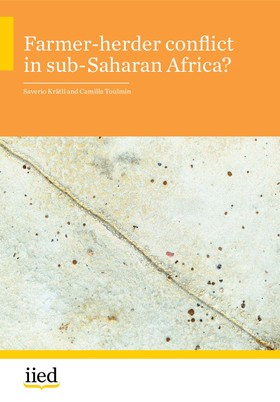 This report responds to heightened concerns over rising levels of farmer-herder conflict across a wide band of semi-arid Africa. We assess the quantitative evidence behind this general impression and review the explanations in the scientific literature, in the light of known issues with long-standing attitudes towards pastoralism and mobile populations.

Looking at the data available, we find that total levels of all forms of violence have been rising in the last ten years — especially in some countries in West and Central Africa. However, there is no evidence that incidents associated with farming and herding, or more generally incidents involving pastoralist populations, have grown at a faster rate than all other forms of violence. We show that looking at the increasing violence through the lens of ‘farmer-herder’ conflict is overly simplistic, and makes assumption about causality which have no foundation. We then identify examples of constructive engagement with the phenomenon, to map out pathways to more peaceful outcomes, and conclude with a set of recommendations for establishing fairer forms of governance, strengthening local institutions, and managing competition over land. 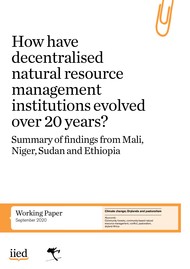 How have decentralised natural resource management institutions evolved over 20 years? Summary of findings from Mali, Niger, Sudan and Ethiopia 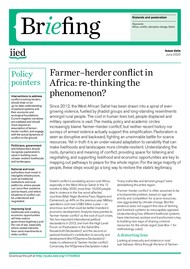 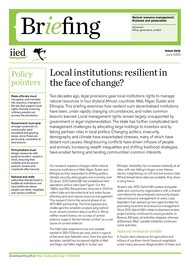 Local institutions: resilient in the face of change?