Q&A: getting indigenous women's voices heard on the SDGs

Hindou Oumarou Ibrahim is an indigenous woman from the Mbororo pastoralist community of Chad. She is an expert in how indigenous peoples, particularly indigenous women, adapt to and mitigate climate change. In this interview, Ms Ibrahim discusses the challenges facing indigenous women in Chad and how to get sustainable development policies in place that really support their needs.

Article, 15 May 2018
Collection
Outstanding women in development
A series of blogs and interviews that reflect on the role, influence and impact of women in the field of sustainable development

Much of your work has been around championing the rights of indigenous women. What needs to happen to ensure the Sustainable Development Goals deliver for indigenous women?

HOI: It’s my strong view that we cannot talk about sustainable development without talking about environmental sustainability. And that means linking human beings and the environment. In our work at the Association for Indigenous Women and Peoples of Chad (AFPAT) (french lanaguage site), we focus on two main areas: indigenous peoples’ rights and protecting the environment they live in.

And in the context of the environment and people’s livelihoods, climate change is a major threat in Chad. One of the most striking effects are shifts in rainfall patterns. The semi-arid rangelands of the Sahel in the north used to get around three months of rain, and the fertile agricultural fields in the south around nine.

But we’re seeing dramatic changes with the north getting only two months of rain and six in the south. And as the rainy seasons get shorter, we’re also hit with sporadic heavy rains that lead to flooding.

The impacts are huge. Land dries up and seeds do not germinate; or floods come and destroy what has grown. Areas that once saw healthy food production are now suffering from chronic food insecurity.

Food insecurity forces migration as people rush to find food elsewhere. Migration highlights divisions between women and men; you immediately see that women face much bigger challenges and are much more vulnerable. If women migrate, so too must the children – and the woman is responsible for ensuring they can migrate safely. Education and healthcare are of course major priorities for their children, but the most urgent concern is getting food, water and fuel. Women are very knowledgeable when it comes to adapting in emergency situations – they know how to find food and how to source water, but the burden is nonetheless great. Women must also take care of the old people.

So you quickly see how adapting to climate change and achieving the Sustainable Development Goals (SDGs) ̶ which aspire to giving all people a fair chance at leading a healthy, decent life ̶ are intrinsically linked. And you see how women are often more exposed to the effects of a changing climate and that, for them, securing a sustainable livelihood is a much greater challenge.

Are voices of indigenous women being heard in the debates on implementing the SDGs?

These references mark some progress. But bundling all indigenous peoples together is an issue; the gender dimension needs to be recognised. Similarly, Goal 5’s commitment to achieving gender equality doesn’t distinguish between different groups. The SDGs must deliver for all women – no one must be left behind – and different women face different challenges. Much more needs to be done to get the needs of indigenous women – access to education, employment, healthcare, ancestral lands and economic resources – recognised and understood.

By neglecting to specifically recognise indigenous women, there’s a danger they’ll be cut out of discussions and their voices won’t make it to the decision-making table.

And how do you get the voices of indigenous women heard on these big global agendas?

HOI: It’s about having a strategy for bridge-building. AFPAT has a strategy for making sure women’s voices are captured in community meetings. In many areas in Chad, it’s a cultural norm that men and women sit separately. If we are holding a climate change adaptation workshop – for example examining how traditional knowledge can be used to monitor climatic changes in the seasons – we organise the meeting where a facilitator actually sits mid-way between the two groups. Both men and women’s voices are captured and fed back and forth between the two groups. In this way, women hear men’s opinions and vice versa, and conclusions drawn from the meeting are solutions that have come from men and women in equal measures.

And how do decisions made at local level feed up to the national level in Chad – are women’s voices represented sufficiently there?

HOI: A climate change adaptation project being run by AFPAT is a good example of the way women’s voices are included at national level. In this project, we organised a workshop in the capital N'Djamena, which was attended by government representatives, UN agencies, civil societies organisation and indigenous communities. Both men and women joined the workshop on an equal footing. The indigenous women in particular were given a platform so their knowledge and insights on how traditional knowledge is used for adaptation could be heard directly by decision makers.

And we are seeing real benefits of this much more inclusive process; men see the value of the knowledge women bring, and are applying this knowledge. There is a real incentive to involve women more.

How do you help women you’re working with understand complex policy processes?

HOI: It can be difficult to explain to indigenous women how their voice fits into national and international dialogues – it’s no good talking to them about the 17 SDGs and the 169 targets. They need to understand their role in bringing forth their priorities, for example on health and education, and the government’s role in representing them when heads of state and government meet in these global fora to discuss these issues.

But this works both ways. It often strikes me that the technocrats working in national and international policy circles seem so far from reality. Indigenous women have one of the highest rates of poverty of any social group. But in policy discussions around ending poverty there is little understanding of what poverty actually means. It’s not about living on one or two dollars a day. For indigenous women, ending poverty is about having rights to land, being able to access resources or having employment prospects so they can support themselves and can feed their children. It’s not about having cash in your pocket.

And that’s where organisations like AFPAT come in; we have a responsibility to accurately relay the priorities of indigenous women so that incoming policies developed to support them, genuinely meet their needs.

Hindou Oumarou Ibrahim is a Coordinator of the Association des Femmes Peules et Peuples Autochtones du Tchad (AFPAT), a community-based organisation working for the rights and environmental protection of the indigenous Mbororo Peule women and people of Chad. She is also former co-chair of the International Indigenous Peoples Forum on Climate Change (IIPFCC) and a member of the Executive committee of the Indigenous Peoples of Africa Coordinating Committee (IPACC) and a National Geographic explorer. 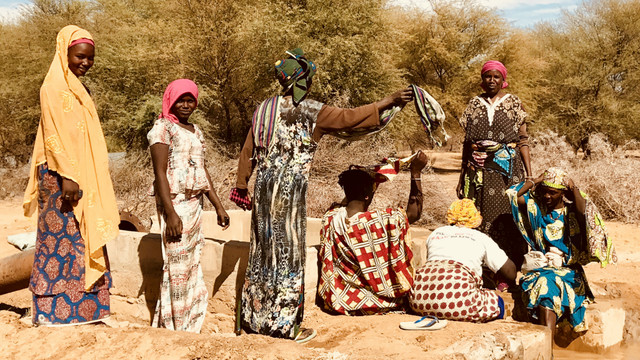 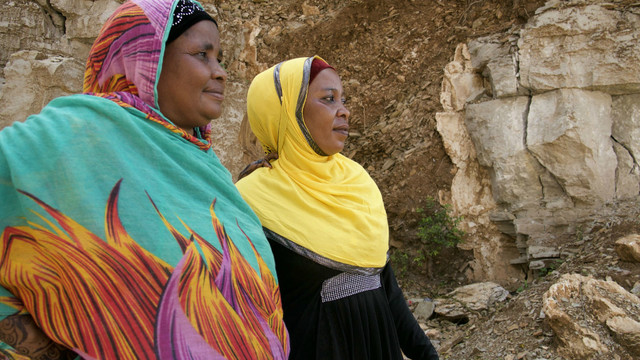 Q&A: Women are driving the change we need