IIED has launched a series of blogs that will examine different aspects of global urban change, including analysis of the social, political and environmental factors that cause cities to thrive or decline. David Satterthwaite highlights what to expect.

Article, 16 January 2020
Collection
The transition to a predominantly urban world
A series of blogs and interviews exploring what social, political and environmental factors cause cities to thrive or decline

IIED has launched a series of blogs that will examine different aspects of global urban change. Kicking off the series for 2020, the first blog looks at the world’s 100 largest cities and how their scale has changed over the last 220 years.

Later blogs will explore wider urban trends, including analysis of the social, political and environmental factors that cause cities to thrive or decline. IIED’s David Satterthwaite (DS) will curate the series; here he tells us more about what to expect.

Q: Can you give an overview of what this blog series will cover?

DS: The series is about the transition to a predominantly urban world and will review the whole spectrum of urban centres: from the nine cities with over 20 million inhabitants to the tens of thousands of small urban centres. The blogs will look at nations that have come to have very large cities and which do not (or cease to) and the factors influencing these trends.

We’ll ask whether a country can be successful without large cities. Which are the fastest growing cities? And the slowest growing, or which are shrinking?

This detailed and global coverage is made possible by the latest edition of the UN Population Division’s World Urban Prospects, whose datasets are available and downloadable. We’ll be posting a new blog every two weeks and as the blog develops, different voices will be invited to contribute.

Q: Why are you curating this series now?

DS: The idea of doing this blog series came as I began to revise and update a working paper from 2007: 'The transition to a predominantly urban world and its underpinnings'. I am also being encouraged to update the 2002 paper 'The ten and a half myths that may distort the urban policies of governments and international agencies'. Both these working papers generated a lot of interest when published – and still do. Most of the blogs will draw on the updates to these two papers.

The origin of this work goes back to 1986 when Jorge E. Hardoy (then-director of IIED’s Human Settlements research group) and I wrote a paper on current and recent global urban trends. In 'Urban change in the third world: are recent trends a useful pointer to the urban future?' we sought to put these trends in a historical perspective and draw from more detailed understandings of the economic, political, social and demographic underpinnings of urban change within each nation. An updated version was published in our 1989 book, 'Squatter Citizen', with further updates published in 1996, 2003 and 2005.

Q: But large cities and rapidly growing cities – these are not new phenomena?

DS: Large cities and rapidly growing cities are not new; but the scale and number of very large cities is – to the point where large city growth and increasingly urbanised societies are seen as ‘the problem’. But, as the blogs will discuss, there is an economic logic behind what makes very large cities grow.

Megacities (cities with ten million or more inhabitants) have mega-economies, yet much of this is hidden or inadequately documented. A third to two thirds of the population of most megacities and other large cities in low- and middle-income countries are in informal settlements; these settlements are often considered problematic by governments, but they are key to housing the city’s low-income population and workforce, and are where much economic activity takes place.

It’s not informal settlements that are at fault, but the incapacity or unwillingness of local and national governments to ensure low-income groups have safer, better-quality, affordable alternatives.

Q: What kind of urbanisation trends will the blogs highlight? What, for example, are some of the factors turning cities into very large cities, or megacities?

DS: The two factors underpinning very large cities is the size of their economies and political systems. We see some very interesting examples in India. Delhi is already a megacity, yet its incredibly rapid growth continues – obviously relating to Delhi housing the federal government, thereby making it the powerful political centre of one of the world’s largest economies.

In contrast, cities such as Mumbai or Bangalore are both very large and very successful – but this is driven much more by economic rather than political activity.

But there’s not always a direct correlation between large economies and city size: Germany has one of the world’s largest, most powerful and innovative economies with a very high GNP per capita. Yet most of its cities are relatively small: it is systems of smaller interconnected cities rather than one very large dominant city that drives Germany’s economic success.

Q: Blogs later in the series will set about busting urban myths and misconceptions. Can you tell us more?

DS: The phrase “the economy, stupid”, coined for Bill Clinton’s 1992 US presidential campaign, can be applied to urbanisation – it is mostly the product of economic growth. All the wealthiest nations are heavily urbanised; almost all the poorest nations are not although many are urbanising rapidly.

But while we can look at logic, and we can examine trends and debate factors, some cities remain a mystery. For example, how can the Democratic Republic of Congo’s capital Kinshasa sustain such an enormous population (UN estimates suggest 14.3 million inhabitants in 2020) with such a weak, discredited and dysfunctional government? Most of the population live in settlements with no structures delivering piped water, sanitation, drainage. No basic healthcare services. And yet, incredibly, the city continues to grow. And continue to produce among the world’s most sublime music.

Q: 2019 was the year that warnings of the climate emergency rang loud and clear. What are the implications for cities?

DS: The implications are grave. In most of the world’s cities, climate shocks and stresses are deepening risks to citizens at an alarming rate. And as the impact for cities is huge, so too is the role of city government in tackling climate change. But will they act on this? There’s a huge question here around the competence, accountability and capacity of local government.

Q: But much of the climate action narrative seems to be directed at national government. What action should be taken at city government level?

DS: The UN Framework Convention on Climate Change (UNFCCC) focuses on action at national level. But if you look at what’s needed to build resilience to climate change and reduce the risks, these are mostly local government responsibilities.

It’s city governments, municipal governments, metropolitan governments that need to deliver. And these local bodies have huge potential to take bold, innovative action – they are agile in ways that national governments are not and closer to local populations.

Yet, still, the whole climate funding structure, and indeed the narrative, is top-down and oriented to national governments and international agencies. City governments and community organisations remain overlooked – but it’s these bodies we need to really drive the climate agenda from the bottom up. Perhaps the UNFCCC needs to change its name to the UNFCCCCCCC: the UN Framework Convention on Climate Change for Countries, Cities, Communities and Citizens? 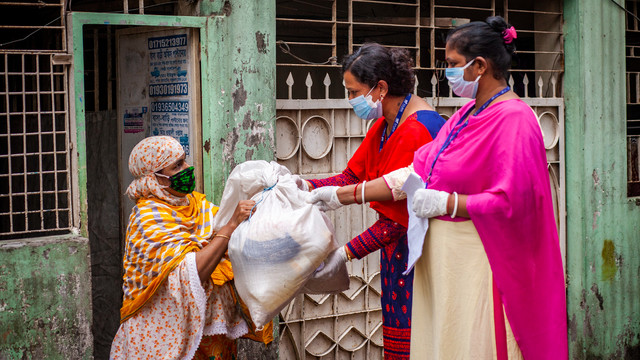