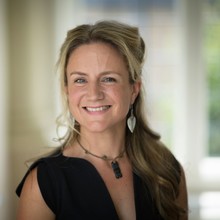 nathalieseddon
Languages: English, Spanish
Nathalie has more than 20 years of experience working in tropical environments as an evolutionary ecologist and conservation biologist. She now works at the science-policy interface in the areas of nature-based solutions to the causes and consequences of climate change, and in the role of biodiversity and natural capital in the sustainable development agenda.

She has been a visiting fellow and then senior associate at IIED since September 2015, based in the biodiversity team working on the BMUB/IKI (International Climate Initiative)-funded project exploring the effectiveness of ecosystem-based approaches to climate change adaptation (EbA). In particular, she has been evaluating approaches to defining and determining the ecological and social resilience of EbA projects.

She also quantified the provision for EbA in the INDCs submitted to UNFCCC and presented IIED's EbA work at the UN climate meeting in Bonn in May 2016. In tandem, Nathalie has been contributing to interdisciplinary proposals for further work in this and related areas.

Nathalie obtained her first degree in Natural Sciences and her PhD in evolutionary ecology and conservation at the University of Cambridge (Department of Zoology).

She then held a junior research fellowship at Cambridge before moving to Oxford as a Royal Society University Research Fellow in 2005 to study the diversification and conservation of Neotropical birds.

Four years later, she was appointed a university lecturer; became director of the Biodiversity Institute in November 2013, and was made Professor of Biodiversity in January 2015. She is also a research associate of the Smithsonian Tropical Research Institute.

A major focus for Nathalie will be to draft proposals for interdisciplinary research and research capacity development in the area of climate change adaption, working with Saleemul Huq to strengthen links between IIED, ICCCAD and UK research organisations. 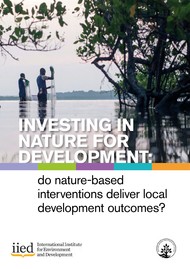 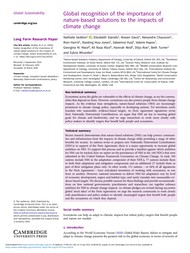 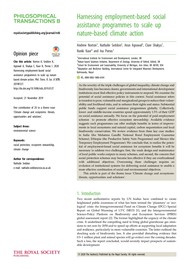 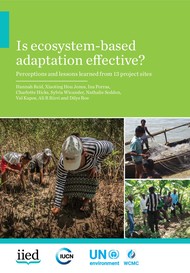 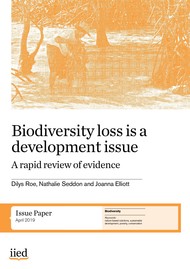 Biodiversity loss is a development issue. A rapid review of the evidence 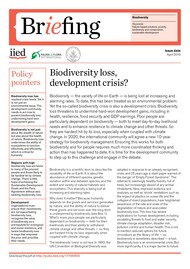 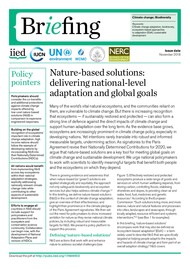 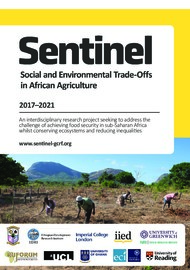 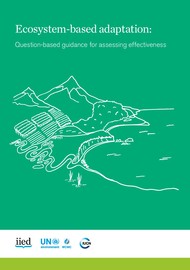 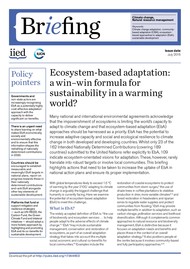 Ecosystem-based adaptation: a win–win formula for sustainability in a warming world? 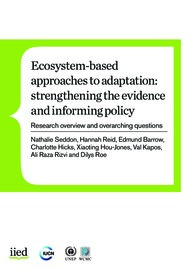