Forced relocation is on the horizon as communities in the Solomon Islands face loss of freshwater and land. Guest blogger Solomon Yeo fears this could spark fresh tensions between ethnic groups – and lead the country to revisit its dark history.

I vividly recall growing up in the Solomon Islands. While my childhood was mainly pleasant, we experienced a painful period from 1998-2003 due to tensions between the two major ethnic groups – the Guales and Malaitans. The conflict saw my country labelled a ‘failing state’. Violence, animosity, resentment and distrust were rampant.

It was a dark time in Solomon Islands history, one I hope we never go through again.

Now we are experiencing devastation of a different nature. As the adverse effects of climate change escalate, I am more and more worried about my country’s future wellbeing.

Food security is a key concern, with irreversible losses to our marine ecosystem now inevitable. The Intergovernmental Panel on Climate Change (IPCC) has warned that even if governments successfully keep global warming below 1.5°C, 70-90% of reef-building corals will be lost – and 99% with 2°C of warming.

The people of the Solomon Islands and particularly those in low-lying atoll communities such as Ong Tong rely heavily on the protein the coral reefs provide, including fish, seaweed and crayfish. The reefs also support their economic livelihoods with sea cucumber as their main export commodity.

The threat of displacement

Internal climate-induced displacement (ICID) is another major concern. With annual sea-level rises of 7-10mm per year, the encroaching waves erode our shoreline and inundate our land. Meanwhile, the salt in these rising tides contaminates our freshwater supplies.

Faced with depleting land and water, we are witnessing communities beginning to relocate or thinking of relocating.

We are seeing rates of illegal squatting soar, mostly in the capital, Honiara. Some are squatting on land owned through traditional lineage that has been passed down from generation to generation under customary ownership. This is sparking fresh tensions between ethnic groups.

People may not see ICID as an imminent threat. But it touches on one of the main flashpoints of the 1998-2003 tensions, when thousands of islanders were forcibly displaced. Diminishing natural resources and rising numbers of people relocating could create a recipe for conflict and division similar to the 1998-2003 period.

ICID could quickly become a dangerous socio-economic and political risk if addressed inadequately or worse, ignored.

The risks of conflict are high, especially if governments and other stakeholders do not make proper relocation arrangements with the recipient landowners.

Failure to provide basic infrastructure such as schools, hospitals, housing and access to clean water adds to the risk. In the absence of policies to provide such infrastructure, social problems will flare up and our already alarming rate of domestic violence is likely to worsen.

I am concerned about my country’s ability to address these problems simultaneously and effectively, given the financial hardships and lack of capacity. How could we? 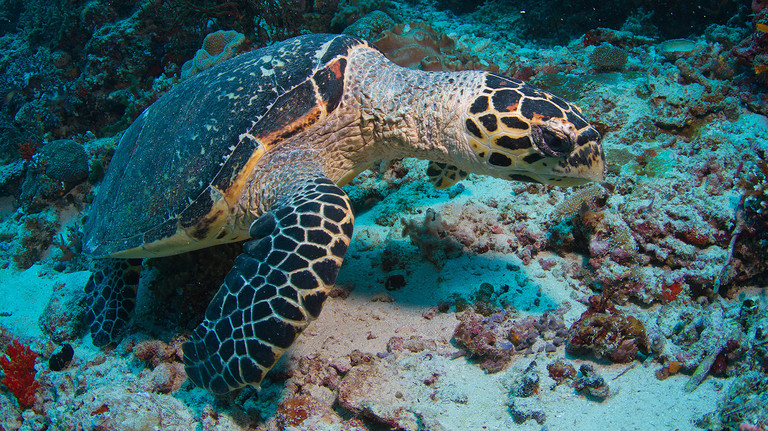 The reefs around the Solomon Islands support thousands of marine species, such as 'national treasure' the hawksbill turtle (Photo: Tchami, via Flickr, CC BY-SA 2.0)

The ocean is warming, and a single tropical cyclone can cripple our economy overnight. As temperatures rise and the impacts of climate change intensify, recovery becomes more difficult. We cannot afford the consequences. We have done very little to cause climate change, but it is our people who are paying the highest price.

This is why the Paris Agreement and the international framework to address loss and damage – known as the Warsaw International Mechanism – are vital, especially to climate vulnerable developing countries.

Countries must be ambitious in setting emissions reductions targets and making deep cuts to their pollution, and urgently. Wealthier countries must provide adequate and new climate finance to support vulnerable developing countries to mitigate climate change, adapt to its impacts, and address the loss and damage it causes.

At country level, the Solomon Islands’ preparation and early response to the adverse effects of climate change will be key. We must do everything we can to protect the security and wellbeing of our people.

Most importantly, we must not downplay the issue of ICID. Climate change is a cross-cutting issue that, left unchecked, could reignite our past conflicts which we have worked tirelessly to pacify.

Preparation to develop policies and frameworks to embrace the complex issue of ICID must be carefully carried out. Adopting Eurocentric approaches towards addressing ICID risks undermining local traditional practices. The policies we develop must compliment and empower traditional land owners and local scholars to lead in the policy development. This is important for ensuring context specific solutions to address ICID in our diverse communities.

Government, community leaders, regional and international partners and other stakeholders must include vulnerable groups' voices at all stages in developing climate resilience strategies and in the related decision-making processes.

Women, children, the elderly and people with disabilities need to be included in community consultation, policy design and implementation to ensure that actions address the needs of everyone, including those hit hardest.

Witnessing the alarming rate at which we are losing our islands to rising sea levels, I speak for many in calling for governments across the world to prioritise this geopolitical crisis. Every millimetre of sea rise, every fraction of a degree of warming, matters.

We cannot let the adverse effects of climate change trigger societal tipping points, allowing conflicts and chaos to run rampant – not just in the Solomon Islands but in many countries, who are also facing such risk.

Solomon Yeo is campaign director of the youth-led organisation Pacific Islands Students Fighting Climate Change. He is also a convenor for the World’s Youth for Climate Justice movement. 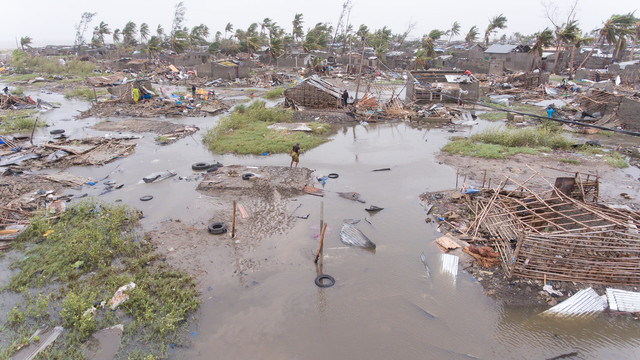