COP19: Cities on the agenda at the climate talks

Cities finally got the attention they deserve at the UN climate change conference’s first ever Cities Day, but representatives from least developed cities and grassroots groups barely got a look in, says David Dodman.

For the first time, the annual Conference of Parties to the UN Framework Convention on Climate Change has included a Cities Day, with strong support from some of the most significant participants.

The day (21 November) started with UNFCCC Executive Secretary Christiana Figueres tweeting: “It’s a big day for cities at #COP19”. UN Secretary General Ban Ki-Moon said that “the centrality of cities in climate efforts is now clear”. And throughout the day there were sessions led by networks of cities like the International Council for Local Environmental Initiatives (ICLEI) and events showcased local efforts to build resilience to climate change.

This is great. City and local governments usually have to convene their own events outside the main COP venue. In Warsaw, they have been right at the heart of the main event. Government ministers, mayors, and high level representatives of the international financial institutions and UN agencies have been queuing up to speak about the significant challenges they face to finance and implement urban adaptation and how these challenges can be overcome.

The ingenuity of civil society groups in responding to climate change in innovative ways was given a global platform at the conference. Building low-cost resilient housing, community planning for risk reduction, and converting waste materials into something new, called 'upcycling', were all such examples on display.

And the text currently being negotiated by the formal delegates makes significant reference to the experience and potential of cities and other subnational entities to adapt to climate change and reduce emissions. At last, it feels like cities matter at the COP.

But there is still a long way to go

There is still a significant over-representation of cities and city officials from Europe and North America, with most of the remaining participants from middle-income countries. The rapidly growing towns and cities of the Least Developed Countries have hardly had a look in – yet the residents of these urban areas are, and will continue to be, among the most vulnerable people to the effects of climate change.

The right of marginalised and vulnerable rural dwellers, particularly indigenous groups, to have their voices heard in the climate negotiations is correctly seen as important. But low-income urban residents (including people living in ‘slums’ and informal settlements) are largely absent. It’s difficult not to draw the conclusion that this huge and growing group of people is being ignored.

When the UN Secretary General was speaking, the conference room was packed with ‘pink badges’ (the term used to refer to the official delegates to the UNFCCC, because of the colour of their accreditations). Yet barely any delegates were present to hear about NGO actions with local communities in urban areas. And the voices of “civil society” were represented on the high level panel by the World Bank and UN Habitat, organisations which can hardly represent the diversity of grassroots groups in urban centres! Much more can be done to build partnerships between the different groups, including NGOs and grassroots groups, which are working to make cities more resilient.

Many cities are working hard to adapt to the effects of climate change – but there’s a collective failure to build on these accomplishments. Mayors and city officials still seem keener to profile efforts associated with reducing greenhouse gas emissions – perhaps because it is easier to see the economic benefits of reducing energy consumption, or perhaps because these are seen as being “modern” and “investment-friendly”. The Durban Adaptation Charter, which commits local governments to take local climate action to help their communities respond to and cope with climate change risks, hasn’t been mentioned at all. Yet, over the past two years, 950 local authorities have committed to take action in this area since it was initiated at COP17 in 2011.

Finally, there has been a great deal of enthusiasm for generating "urban NAMAs" (NAMA refers to Nationally Appropriate Mitigation Actions). It’s a confusing term, which refers to national plans to reduce greenhouse gas emissions. While these are vitally important, there has been no discussion of "urban NAPs"– the process to develop long-term adaptation plans that meet the needs of the Least Developed Countries and other low-income nations. There are formal mechanisms to help low-income countries conduct these plans, but no support is forthcoming for their cities to do so. How will cities get the assistance they need to develop these important adaptation plans?

As the negotiations in Warsaw come to a close, what should cities be looking to accomplish in future discussions? Representatives of cities should continue to strengthen the profile of local and national governments as key actors in reducing emissions and building resilience to the impacts of climate change. Crucially, the people who are speaking on behalf of cities should remember who they are meant to be representing. They shouldn’t be so focused on representing their city in the global sphere that they forget the interests of their poorest urban residents excluded from Warsaw’s grand venues and decision-making processes.

Conference of the Parties (COP) 19 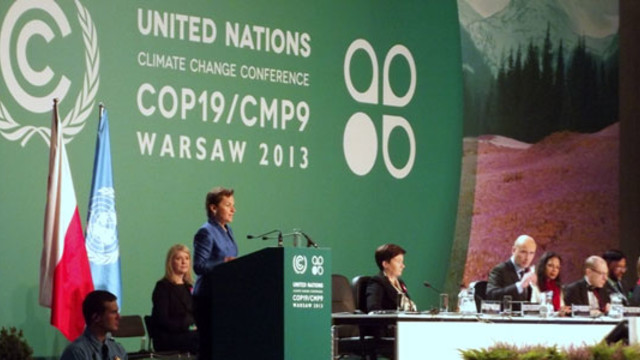 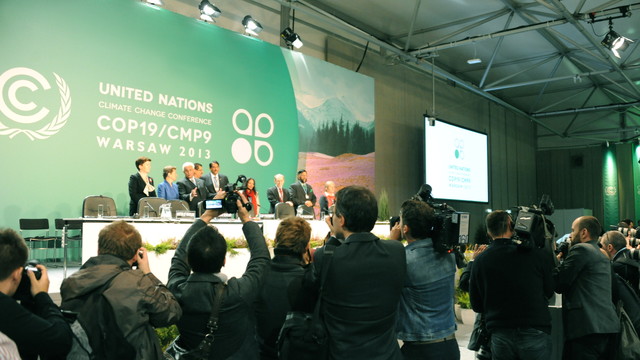 Can beans and dice change lives? The potential of serious, fun games