For Nobel prizewinner and Kenyan environmentalist Wangari Maathai, it’s trench-digging to avoid runoff, planting trees for fruit, fencing, firewood and fodder — and plenty of push from government to get farmers motivated.

And for the Director of Oxford University’s Centre for the Study of African Economies, Paul Collier, it’s diversifying African economies away from agriculture, genetic modification (GM), and a firm farewell to ‘romanticising’ African poverty.

Three very different visions of climate adaptation, three high-flying pragmatists with a focus on the grassroots. Such was the talk kicking off Day 1 of IIED’s Development and Climate Days.
The event, now in its eighth year, is the institute’s reminder to the COP that climate is a development issue.

That link — which IIED has helped to put on the map — is key. From Pacific islands facing inundation to the drought-scoured countries of East Africa, some of the world’s most impoverished nations are also most vulnerable to climate change. And, despite the triple whammy of poverty, lack of capacity and climate vulnerability, there is no way round the urgency of their need to get moving on adaptation.

Vestas’s push in poorer countries has focused on Latin America, but Engel sees it working in Africa as long as local government backs the effort.

Maathai too focused on policy and governance. Convincing every farmer to plant and maintain with sustainability in mind is impractical next to lobbying for the right policy. ‘If it was law that farmers had to plant 10 per cent of their land with trees, it would be so helpful,’ she said.

The eco-activist and the renewables pioneer also chimed in their concern over water use, one of the likeliest of future resource flashpoints. Maathai stressed the importance of choosing less thirsty tree species; Engel, of remembering that fossil fuel extraction demands massive inputs of water.

Collier meanwhile pointed out that in Africa, adaptation has to play out through agriculture. He said that hotter, more volatile climate conditions mean that maize, the continent’s staple crop, could fail — with predictably catastrophic consequences. His solution was the development of new varieties as fast as possible, through GM.

IIED’s Saleemul Huq, chairing, turned the metaphor on its head by commenting that GM was no silver bullet for adaptation.

Others noted that some parts of Africa could experience wetter conditions, not drier.

Meanwhile, from the audience, Malian ambassador to Denmark Fatoumata Sire Diakite said that for Africa, the key was justice. ‘We want our knowledge and our expertise to be taken into any bilateral cooperation,’ she said.

Other events at Day 1 of D&C Days included sessions on arid land ecosystems, mountains and adaptation, REDD and development, and innovations, partnerships and solutions in adaptation.

The D&C Days go on to the afternoon of Monday December 14 at Copenhagen’s arts centre near the main COP venue, the Koncerthuset (Concert House). 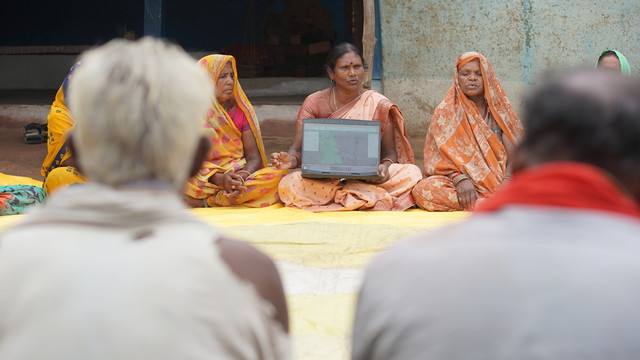