Law and political economy of the global resource squeeze: can action rise to the challenge?

A collection of journal articles by Lorenzo Cotula investigates how national and international law is shifting control over the world’s natural resources – and explores what this means for rural people in resource-dependent countries.

Collection
Law, economies and justice
A collaborative programme of work on renegotiating the law to promote fairer, more sustainable economies 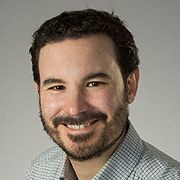 Here, Cotula discusses some of the main points from his research; key articles are listed at the end.

Q: What prompted you to pursue this research?

LC: Global changes have increased pressures on natural resources. From the mid-2000s, public policies and market forces fostered a wave of agribusiness, mining and petroleum investments in low and middle-income countries.

Petroleum and minerals extraction began in areas that had previously been marginal in commercial terms. And with the global food price hike of a few years ago, millions of hectares of land were acquired for plantation agriculture – particularly in sub-Saharan Africa, but also in Asia and Latin America.

More recently, deal making has slowed due to changing commodity prices, but most analysts expect pressures on resources to increase in the longer term.

This trend prompted me to look into how the law operates in situations where power imbalances shape relations amongst a complex constellation of actors – including transnational corporations, governments and rural people in the global South. Inspiring researchers and practitioners work in this field, so I have learned a lot in the process.

Reflecting back on how these issues played out in the commodity boom and bust can provide insights into how countries can be better prepared before the next commodity cycle. Many countries in the global South are highly resource dependent, making this a critical issue for their future.

Q: In your research you talk about a global resource squeeze – what does this refer to?

LC: The ‘resource squeeze’ refers to the growing pressures on natural resources. The problem is not necessarily whether, in biophysical and aggregate terms, the world has enough resources to meet humankind’s growing needs.

Notions of resource scarcity and availability have been contested and given rise to diverging views – for example, on projected demand for raw materials, and whether technological innovation can increase efficiency many-fold and thereby reduce that demand.

Rather it is the social, environmental and economic costs of expanding and intensifying resource extraction that have caused sustained public concern – particularly in certain geographic hotspots where minerals, fertile soils, freshwater and infrastructure are concentrated.

Deforestation from the advancing agro-industrial frontier and pollution from oil operations in fragile ecosystems are putting ever-greater pressures on species and habitats.

There are socio-economic dimensions too: millions of people rely on land and resources for their livelihoods and social identity. In effect, the trend is reshaping control over the world’s natural resources.

Q: What concerns have emerged – and who is voicing them?

LC: Many governments saw the big wave of investments coming their way as an economic opportunity. But researchers, activists and grassroots groups have raised concerns about the ‘development pathway’ being pursued, and how the costs and benefits from commercial investments have been distributed in practice.

That said, much debate focused on the direct impacts of a given investment, while less attention has been paid to how more intangible but far-reaching developments in the law are shifting control over land and resources. 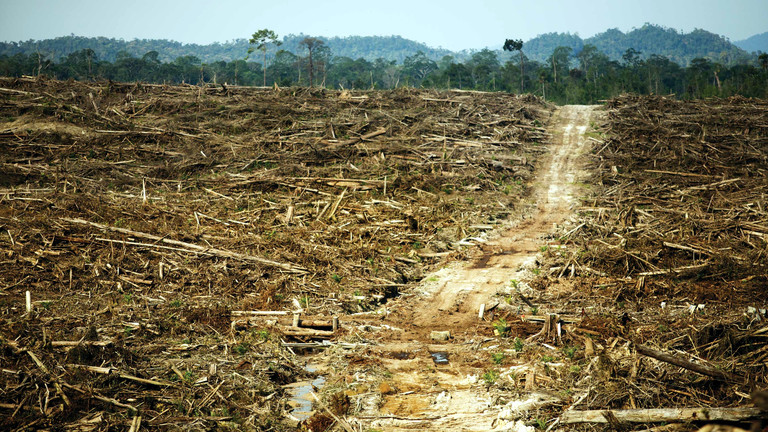 Since colonial times, the law has provided a means to legitimise the appropriation of land and resources. Today, certain legal arrangements are facilitating unsustainable resource extraction and shifting resource control in favour of commercial interests.

Q: How is the law shifting control of natural resources?

LC: Contexts are different, and it is difficult to generalise. From traditional authorities reinterpreting their prerogatives to allocate customary land to outside investors; to national law reforms easing access to land for commercial operators; through to international investment treaties that protect the resource rights acquired by foreign investors, there are many changes in laws and institutions that profoundly reconfigure resource control.

Take the issue of land ownership. In many countries that experienced substantial land acquisition for agribusiness plantations, land that rural people have been using for generations, and see as theirs, is legally owned by the government. Many rural people only hold use rights, and requirements imposed on them – for example, to show they are using the land productively – often undermine the security of those rights.

Some law reforms have strengthened protection of customary rights, but they often also promote commercial investments in ways that could further weaken local rights. In effect, the law provides the means and authority for transferring land from rural people to international capital – and the success of many commercial ventures partly depends on expropriating resources from those who have legitimate claims to them, established by longstanding custom, for less than their real value.

Similar reflections about the place of law in commodity relations could be developed for resources other than land, prevailing terms of trade, the distribution of revenues derived from resource extraction, and the interface between commodity booms and debt crises.

LC: Many factors are at play, but to understand the law we need to locate it in the political economy of a given society. Again, contexts are different, but commercial investments can create economic opportunities for national elites in government or business.

Legislation that, in continuity with the colonial legacy, vests resources with the state enables those who control state institutions to advance their own development vision and capture benefits from resource exploitation – while weak protection for rural resource rights further strengthens state-led strategies.

Elsewhere, traditional authorities play an important, legally recognised role in resource management. Politicians often rely on local power-brokers – including traditional authorities – to harness rural votes, and the payments, jobs and contracts associated with commercial investments can be a way to share rewards after an election.

Strengthening the legal powers of local chiefs over land and resources can be instrumental to these kinds of transactional politics.

Q: You referred earlier to international law – how does it relate to natural resource investments?

LC: There is growing recourse to international law in land and resource disputes. Indigenous peoples have successfully relied on human rights treaties to challenge commercial concessions in their ancestral territories – although implementing judgments in the face of determined non-compliance by the state has often been difficult.

Meanwhile, a vast network of international treaties has grown to protect foreign investment against adverse state conduct, and typically enables businesses to take disputes to investor-state arbitration. Commodity cycles have been associated with many arbitrations stemming from mining, petroleum and agribusiness projects.

Depending on the circumstances, different instruments can also protect different claims to land, including those of peasants and indigenous peoples, and commercial natural resource concessions.

Q: How do these international dimensions affect local realities?

LC: While typically looked at in isolation, these issues are in fact interrelated. If national law undermines the land rights of rural people, even a resource allocation that formally complies with national law may be publicly contested – with people calling on the government to cancel or restructure the project. But international investment protections can restrict options for states to reopen the deals or tighten regulations.

Again, a political economy lens helps us understand these issues. Some scholars of investor-state disputes cast the state as an opportunistic predator requiring the discipline provided by international law, while others see it as a benevolent regulator unduly constrained by investment protections.

In practice, diverse political economy factors produce complex patterns of state conduct that, depending on the circumstances, may not advance the public interest.

Therefore, those adversely affected by commercial investments may have to mobilise and advocate if they are to get their government to listen.

The question is whether the prospect of costly investor-state arbitrations can make it more difficult for citizens to obtain what they seek.

Q: What can be done to address these problems?

LC: We need concerted action at different levels. For example, international soft-law instruments now provide guidance on how to address some of these issues, including the Voluntary Guidelines on the Responsible Governance of Tenure.

Another example concerns the way in which resource contracts are awarded. There has been much debate about how to ensure governments can get a fair deal in their negotiations with investors. But addressing the challenge of natural resource contracts also requires reconsidering the fundamental parameters on which contracting rests.

Contestation over large-scale resource projects shows that it is untenable for governments and investors to negotiate large concessions over the heads of the people who stand to be most directly affected.

Also, people have appropriated the law to protect their rights, and their efforts to improve implementation have pushed the boundaries of existing rules. In some cases, they have managed to obtain better compensation for their resource, negotiate their own inclusion in the projects as workers or outgrowers, or have the deals cancelled altogether.

So while in many ways the law is part of the problem, we need to explore the factors that make it part of the solution.

Q: What does this mean for IIED’s work?

LC: IIED’s work focuses on policy and practice. But we need to understand the deeper-level processes if action is to maximise impacts. For example, work at the grassroots is important, but the inter-relatedness of different governance spheres requires us to work at multiple levels.

Combining grassroots action with a rethink of national and international legal frameworks led us to develop local-to-global alliances between people and organisations that are able to act in different policy spaces.

In many ways the law is part of the problem, we need to explore the factors that make it part of the solution

Also, lawyers are trained to leave politics at the door. But these challenges are fundamentally about power. Empowerment involves renegotiating established socio-political relations, and change is likely to be resisted.

So action needs to be politically savvy as well as technically sound if it is to achieve its goals. At IIED, we are starting to talk more explicitly of socio-legal empowerment to reflect the political economy and social dimensions of harnessing the law in strategies of change.

To read more about Lorenzo Cotula’s work on these issues, see the following articles: 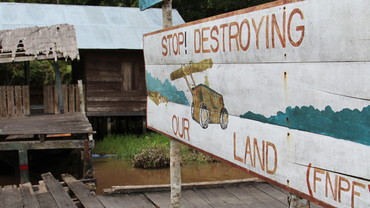 Understanding growing pressures on land: 'land grabbing' and beyond

Land is central to livelihoods, culture and identity for millions of people across the developing world. But there is concern that people's connection to their land is being undermined 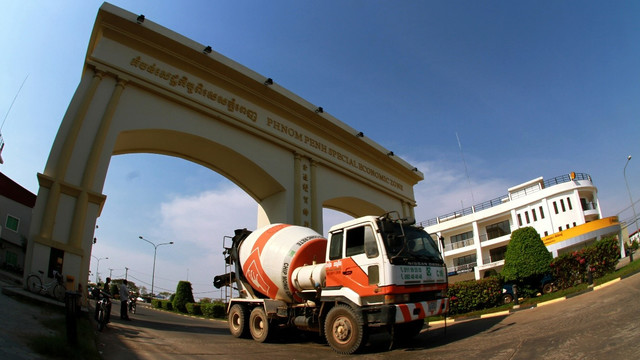 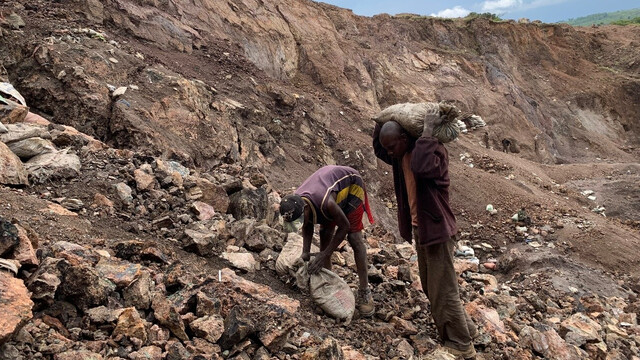 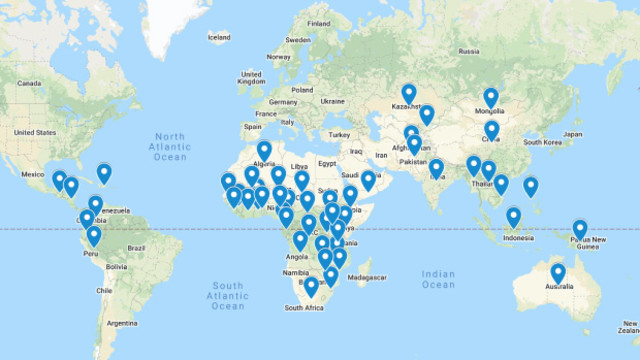 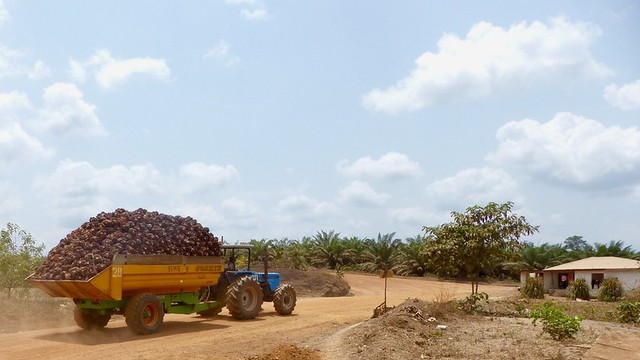